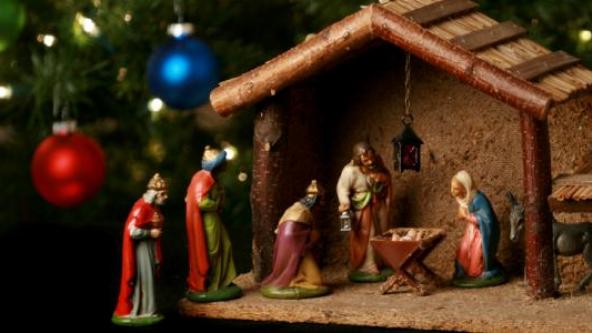 A federal judge appointed to the bench by President Obama says the public transit authority in Washington, D.C. has the right to ban religious-themed Christmas advertisements.

The Archdiocese of Washington had filed for an emergency injunction after the Washington Metropolitan Ara Transit Authority rejected a Christmas ad promoting its annual “Find the Perfect Gift” program.

The advertising banner featured shepherds and sheep walking toward the North Star – along with the words, “Find the perfect gift.”

The transit authority argued that the banner was declined because of a ban on religious-themed advertising.

Their attorneys explained in a court filing that Christmas is actually divided into two components – a religious half and a secular half.

“Here, WMATA has simply prohibited advertisements related to the subject of the religious half of Christmas, but not the secular half,” the transit authority pointed out. “That is not viewpoint discrimination.”

She said the transit authority has the right to ban advertising that either promotes or opposes “any religion, religious practice or belief,” Courthouse News reports.

“Given (the transit authority’s) concerns about the risks posed by issue-oriented ads, including ads promoting or opposing religion, its decision was reasonable,” the Obama-appointed judge ruled. “The regulation is reasonably aligned with WMATA’s duty to provide safe, reliable transportation…and it does not violate the First Amendment.”

“We are disappointed,” Archdiocese spokesman Ed McFadden said in a prepared statement. “We will continue in the coming days to pursue and defend our right to share the important message of Christmas in the public square.”

Jeremy Dys, an attorney with First Liberty Institute made an interesting observation regarding the Christmas-hating public transportation authority.

“The remarks that President Trump delivered at the lighting of the national Christmas Tree could not be quoted on the side of a DC Metro Bus,” he told the Todd Starnes Radio Show.

But they will accept advertising from the “secular” side of Christmas.

“They will take Santa but not Jesus, three French hens, but not the three Wise Men,” Dys noted.