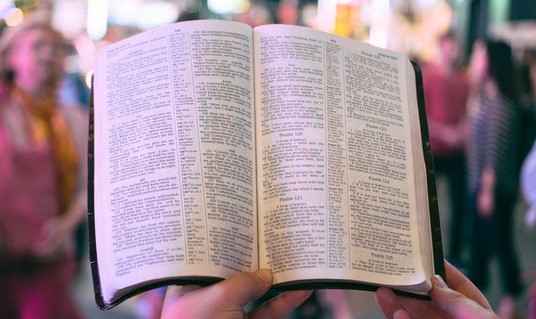 A London street preacher was arrested for causing “alarm and distress” to bystanders when he quoted “homophobic” Bible verses.

Pastor John Sherwood, who is in his early 70s, was handcuffed April 23 in footage obtained by Christian Concern. It shows three officers yank him down from the platform he was preaching on. They also took his Bible and he was detained overnight.

Members of the crowd gathered accused him of “homophobic” preaching and using “hate speech.”

Pastor Peter Simpson, who was preaching alongside Sherwood outside the Uxbridge Underground Station shared what the street preacher said.

Simpson told the “Conservative Woman” Tuesday Sherwood preached on the final verses of Genisis 1, saying: “God’s design in creating mankind was to set human beings in families, headed by a father and a mother, not by two fathers or by two mothers. The distinction within mankind of just two genders, male and female, made in the image of God, constitutes the essence of God’s created order.”

A Metropolitan Police spokesman told Premier Christian News “officers on patrol were flagged down by a member of the public who made them aware of a man allegedly making homophobic comments.”

WATCH THE VIDEO OF THE ARREST BELOW: