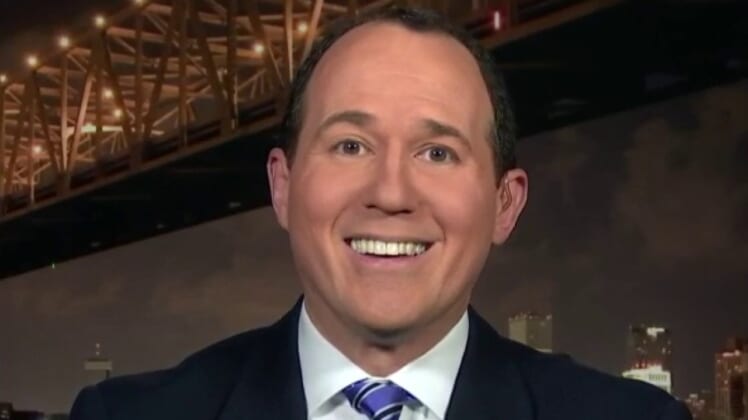 “The Thief Who Stole Heaven” is an illustrated children’s book about the backstory of the thief on the cross whom Jesus told, “today you will be with Me in paradise.”

“The good thief is the first story of Easter before saints, the holiest people you know … it is the good thief that storms the gates of heaven,” Arroyo told the Todd Starnes Radio Show Tuesday.

The Fox Nation host said he was brought to tears when he received a letter from an incarcerated father.

“He said after reading this to my son, it helped me impart the reality that none of us is ever truly lost and that mercy endures to the very end,” Arroyo said.

He added: “That’s really is what this story is about. That’s what the good thief is about and it’s really all of our story, that the glance of God never abandons us.”

“And I think for children this is the perfect story for them, especially at this time of year.”

Arroyo told nationally syndicated radio host Todd Starnes he stumbled on the story while he was researching for “The Spider Who Saved Christmas.”

“Well, it turns out … a lot of the early church fathers had written about this thief and his origins, how he came to fall into a band of robbers, how he might have met Mary and Joseph and the Baby Jesus earlier,” he said.

Starnes concluded: “It’s just a beautiful book. Incredibly well illustrated. One of the great story books for the whole family.”

Get your copy of “The Thief Who Stole Heaven” here!