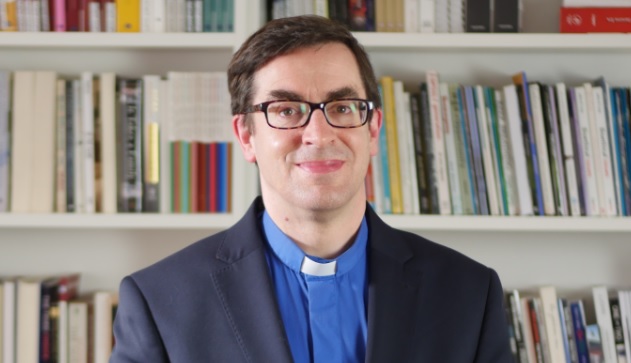 The Rev. Dr. Bernard Randall, who is ordained in the Church of England, was fired for a 2018 sermon he gave at Trent College, a boarding school in England with children ages 11-17.

“When I gave that sermon, I never thought anything like this could happen,” Randall told the “Todd Starnes Radio Show” Monday.

After the school introduced pro-LGBT ideological identity politics, the chaplain told the students if they wanted to accept that it’s “absolutely fine” but for Christians “you do not have to accept” it. He told them to love their neighbor but they don’t have to abandon the truth of marriage or biology, reminding them religious belief is protected under law.

“Management dragged me into a meeting the following Monday and interrogated me about this. ‘Why had I done this?’ And then I was suspended and then I was sacked for gross misconduct,” he told host Todd Starnes.

The school, which has a “protestant and evangelical” affiliation with the Church of England, reportedly claimed the sermon was “harmful to LGBT” students and flagged him to Prevent, an anti-terror group that identifies potentially violent religious extremists.

Randall was also reported as a “danger to children,” which is the same as reporting concerns over pedophilia.

Police investigated the report but advised the school by email that the chaplain posed “no counter terrorism risk, or risk of radicalision.”

Randall, 48, is taking the school to court for discrimination, harassment, victimization, and unfair dismissal supported by the Christian Legal Centre.

“In a perfect world, I’d be reinstated and the school would adopt better Christian values,” Randall said.

“And I just want to raise awareness that this is what’s going on in our country and I know in America, too, there are these cultural battles going on,” he said. “We want to make sure that Christianity has its voice.”

Randall warns too many Christians are “sleepwalking” amid the danger of the gender identity and identity politics that are being presented as being nice and kind to people.

“But there’s actually a political agenda that sits behind it and too many people just don’t realize actually how quite radical some of those political views are and they’re anti-Christian,” Randall said.

“It’s not about acceptance anymore,” Starnes added. “This is about destruction of anyone that disagrees with them.”