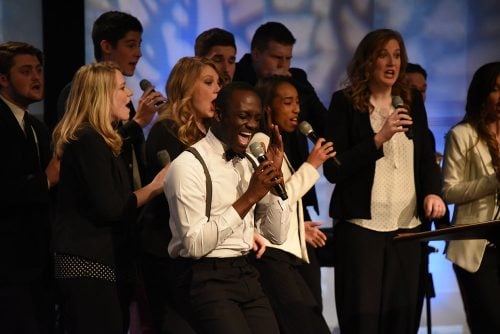 The fifth graders at Centerville Elementary School in Lancaster County, Pennsylvania have been performing “A Christmas Carol” for decades. But this year that tradition came to an abrupt end.

Parents told local reporters the play was canceled because two parents complained about a line in the Charles Dickens holiday classic.

Click here for a FREE subscription to Todd’s Newsletter: a must-read for Conservatives!

The unnamed parents took offense at the words uttered by Tiny Tim, “God bless us, everyone, television station WHTM reported.

“I was very surprised because it’s going on for decades and it’s a tradition at the school that everyone looks forward to,” resident Jane Burkhart told the television station.

Like many in this deeply religious community, she was saddened by the cancelation.

“One little line shouldn’t ruin it for every kid,” Burkhart said. “Charles Dickens is a class author, not a religious author.”

Principal Tom Kramer addressed the controversy in a message posted on the elementary school’s website. You can read the entire message by clicking here.

“We understand that some parents are upset that the play was cancelled, but we have heard from families on both ends of the spectrum, including those who expressed appreciation that the play, as it had traditionally been prepared and delivered, was cancelled,” he wrote.

Kramer went on to reject reports that their decision was based on one or two families.

He did not specifically address the parents’ allegations that the play was cancelled because of the line, “God bless us everyone.” But he did seem to hint at some sort of issue.

“Our decision is rooted in the desire to be respectful of the many cultural and religious backgrounds represented by the students attending Centerville Elementary,” he wrote.

That’s a mighty big clue, folks. In order to be tolerant and diverse, public schools have to eradicate any mention of God.

But to be fair – the school administration says their decision was mostly because of the amount of time it took to produce the show (about 20 hours).

“Given the changes in state standards in recent years, we could not defend the commitment of this kind of instructional time to something not part of the fifth-grade curriculum,” he wrote.

Heaven forbid the teachers try to introduce the children to the world of the performing arts.

The principal also pointed out that “producing and performing a play is not part of the written curriculum for fifth grade.”

So, after more than 40 years of Christmas productions featuring Tiny Tim and Ebenezer Scrooge, he’s just now figuring that out?

Randy Wenger is the chief counsel for the Independence Law Center in Harrisburg. He’s also a longtime resident of Lancaster County.

“As a constitutional attorney I hate to see traditions taken away in my own community,” he told me. “What does this communicate to our kids? It says that anything religious is really not appropriate in public life. It’s something you’re supposed to keep to yourself.”

Wenger said Lancaster County is a conservative area and has a rich history of religious liberty.

“It seems like people are trying to take aware our traditions left and right,” he said. “We need to do something to push back.”

But this year, I’m afraid Tiny Tim’s goose has been cooked – done-in by the Ghost of Christmas Intolerance.