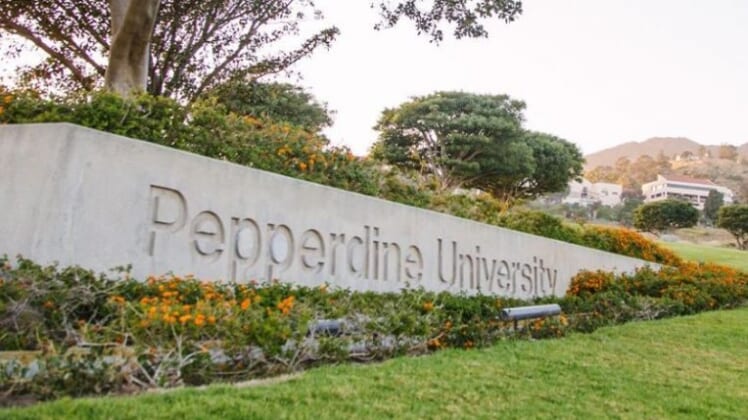 The author states that the number of people who identify as being a Christian is declining.

According to the op-ed, Witt claims that “[t]he number of U.S. adults who described themselves as Christian when asked about their religion shrunk by 12% in the past 10 years”.

Witt also wrote, “a growing trend of religious skepticism rising in the U.S. leaves some Christian-affiliated schools with outdated structures and practices. In the coming years, Pepperdine should consider altering its policies that come with its Christian affiliation to improve the community and the experience among its students.”

So, if I’m understanding this correctly, since Christianity is decreasing in the U.S., we might as well call it quits and throw in the towel.

Campus Reform wrote that former alumni Chris Cagnolatt said, “it really makes [him] wonder why they’re at this school in the first place”, in regards to reforming Pepperdine’s framework.

Current student, sophomore Jacob Zanca, was also quoted saying that adjustments to Pepperdine’s framework would “betray every person who ever defended Pepperdine when it was called uptight or puritanical by observers for its faith-commitment.”

The university has come under attack for having a statue of Christopher Columbus on campus and the LGBTQ community hated the idea of including a Chick-fil-A on campus as well.

But like Zanca said, changing any form of the Christian guidelines that the university abides by would undermine all of the stances and points of view they hold.

Pepperdine is a Christian university so therefore it is built on Christian values.

Zanca also said, “[p]eople are entitled to profess their own beliefs about religion, and Pepperdine ought to lovingly welcome discussion on the subject, but it must not do so at the expense of its identity.”