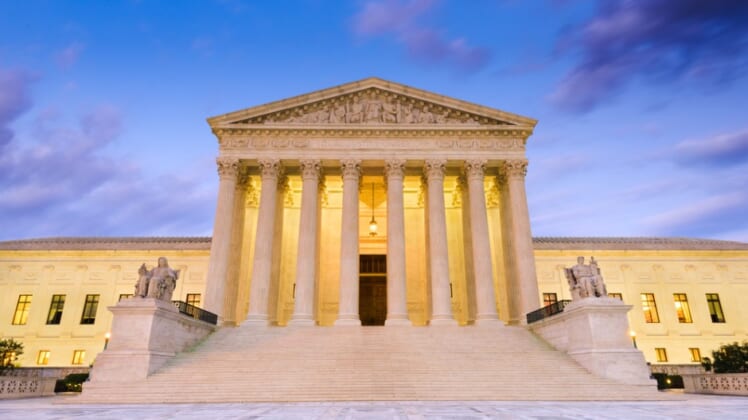 The Supreme Court is telling California that it can’t bar indoor church services because of the coronavirus pandemic, but it can keep for now a ban on singing and chanting indoors, the Associated Press reports.

“Finally, Governor Gavin Newsom’s total ban on worship has come to an end. A pandemic is no excuse for violating the Constitution. Until today, California imposed the most severe restrictions on places of worship. Not anymore. We will continue to press this case until religious freedom is totally restored,” said Staver.

“California singles out religion for worse treatment than many secular activities,” Justice Neil Gorsuch wrote in his opinion. “When a State so obviously targets religion for differential treatment, our job becomes that much clearer.”

The high court issued orders late Friday in two cases where churches had sued over coronavirus-related restrictions in the state. The high court said that for now, California can’t ban indoor worship as it had in almost all of the state because virus cases are high.

“California forbids any kind of indoor worship. Meanwhile, the State allows most retail operations to proceed indoors with 25% occupancy, and other businesses to operate at 50% occupancy or more. Apparently, California is the only State in the country that has gone so far as to ban all indoor religious services,” Gorsuch wrote.

The justices said the state can cap indoor services at 25% of a building’s capacity. The justices also declined to stop California from enforcing a ban put in place last summer on indoor singing and chanting. California had put the restrictions in place because the virus is more easily transmitted indoors and singing releases tiny droplets that can carry the disease.

The justices were acting on emergency requests to halt the restrictions from South Bay United Pentecostal Church in Chula Vista and Pasadena-based Harvest Rock Church and Harvest International Ministry, which has more than 160 churches across the state.

The double standard was pretty obvious.

“If Hollywood may host a studio audience or film a singing competition while not a single soul may enter California’s churches, synagogues, and mosques, something has gone seriously awry,” said Gorsuch.