Supreme Court Turns Back on Football Coach Fired for Praying 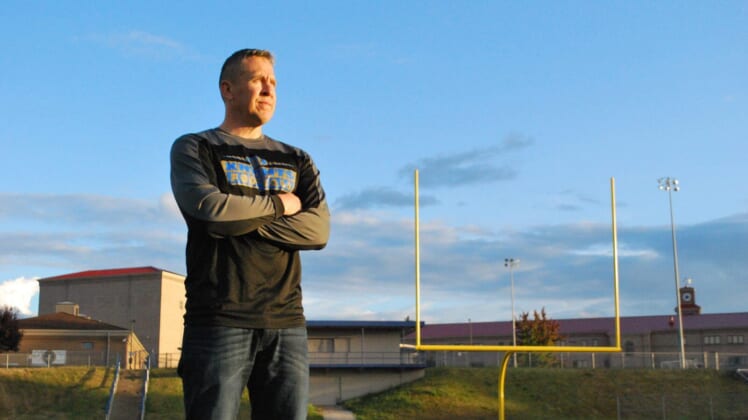 The U.S. Supreme Court dealt a temporary, but devastating blow, to religious liberty after they decided not to hear arguments in the case of Coach Joe Kennedy, a Marine veteran and an assistant football coach at Bremerton High School.

In 2015, Coach Kennedy was fired after he declined to stop praying on the 50-yard-line after football games.

Americans United for Separation of Church and State celebrated the Supreme Court’s decision.

“Students shouldn’t have to pray to play on their high school football team,” Americans United Rachel Laser said. “The coach’s actions were a clear violation of religious freedom, forcing kids to choose between their own beliefs and appeasing the man who decides the lineup for the game. This is not a dilemma any child should face.”

There’s really no polite way to say this, but Rachel Laser is not being truthful.

Coach Kennedy never forced a child to join him in the post-game prayer – ever. He never forced players to do anything religious. She should be ashamed for advancing such lies.

Support Coach Kennedy and his right, together with his young players, to pray on the football field. Liberty Institute just suspended him!

“The Supreme Court’s action today signals that the school district had the right to protect the religious freedom of its students,” Laser said.

“The (federal appeals court’s) understanding of the free speech rights of public school teachers is troubling and may justify review in the future,” Justice Sam Alito wrote.

First Liberty Institute represents the coach and they said the case will continue.

“Although the Court declined to reverse the decision at this time, in a separate statement filed by Justice Alito and joined by Justices Thomas, Gorsuch, and Kavanaugh, the justices explained that the Court needs more information in order to resolve the matter,” First Liberty Institute said in a prepared statement.

It’s a sad day for religious liberty in America, folks.