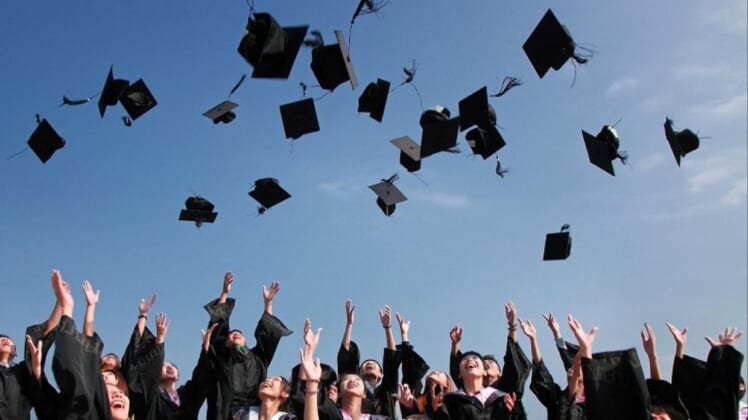 A Michigan school reversed its decision Thursday to censor a Christian valedictorian’s references to her faith, immediately after the student was on the Todd Starnes Radio Show.

Hillsdale High School senior Elizabeth Turner told host Todd Starnes she was looking forward to sharing her personal faith — until her principal told her to remove religious references in the speech set for June 6.

“To me, faith is the most integral part of who I am. I can’t separate it, and I wanted to talk about the hope that I personally have found in Christ and the freedom He’s given me in hopes that maybe I could share that with my peers and classmates before we diverge our paths,” Turner told Starnes.

And now she will be able to give the uncensored speech to all those gathered at graduation.

“I’m grateful I will be able to share my faith with my classmates, and I pray that God uses this situation to advance His kingdom,” Turner said in a statement after the school reversed course.

First Liberty Institute, which sent a letter to the school on behalf of the valedictorian, also celebrated the victory.

“We are grateful to school officials for acting swiftly to ensure that religious students can freely exercise their right to express their faith in a graduation speech,” said Keisha Russell, counsel for First Liberty Institute. “Elizabeth is thrilled that she’ll be able to celebrate her graduation without being censored.  We hope that future graduates will be free from religious censorship.”

Principal Amy Goldsmith originally reviewed Turner’s speech and told her to remove references to “Christ” and “God” in her valedictory address.

Starnes told listeners the teen girl probably wouldn’t have been censored had she spoken about Black Lives Matter or Palestine, but because she’s a good Christian girl they felt like they could target her.

The school district ultimately complied with the law in this case. Hopefully, other school officials won’t censor speakers in the first place.

According to the U.S. Department of Education students or other graduation speakers may not be restricted from referencing religious content or even delivering prayers.

LISTEN TO THE FULL INTERVIEW BELOW ON THE TODDCAST PODCAST: