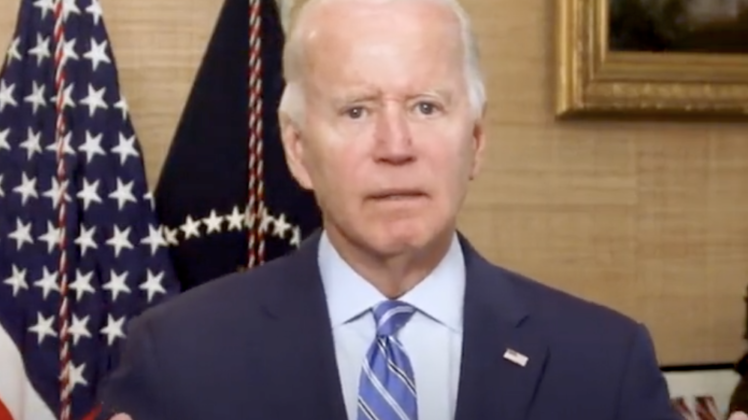 The average person blinks between 15-20 times per minute. So, why doesn’t President Biden blink his eyes? A longer version of the president’s pre-taped remarks show that White House staffers edited the tape at least 10 times. There is obvious splicing of the tape. Very creepy, America. Click here to join Todd’s private Facebook page for conservatives.

“You can’t be pro-insurrection and pro-American.” —@JoeBiden pic.twitter.com/ufJxWPruj4

Brave women and men in uniform across America should never forget that the defeated former president of the United States watched January 6th happen and didn’t have the spine to act.