‘ABSURD’: Will Smith SLAMMED for Taking Film Out of Georgia Over Voter ID Law 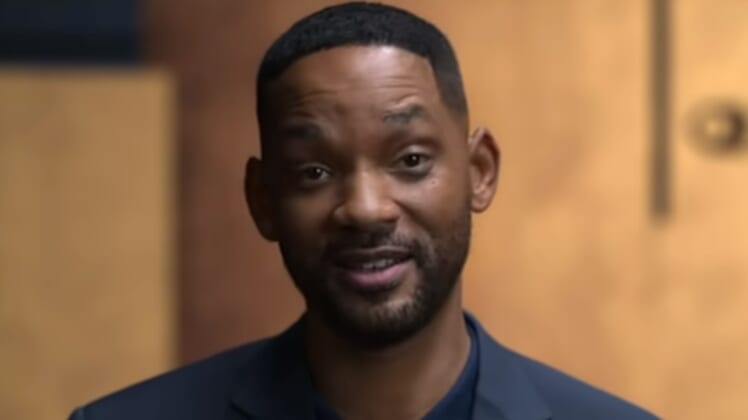 Actor Will Smith is in hot water for pulling production of runaway slave film, “Emancipation,” from Georgia over the state’s new voting ID law.

Smith, in a joint statement with director Antoine Fuqua, said: “We cannot in good conscience provide economic support to a government that enacts regressive voting laws that are designed to restrict voter access.”

The two added of the Apple Studios film pullout: “The new Georgia voting laws are reminiscent of voting impediments that were passed at the end of Reconstruction to prevent many Americans from voting.”

Nationally syndicated radio host Todd Starnes said their move reeks of “ignorance and stupidity,” adding that they clearly haven’t read the law nor realize other states, like New York and New Jersey, have stricter voting laws on the books.

“Actors like Will Smith trying to show that’s he’s got convictions by punishing the people who will lose their jobs as a result of him taking this movie away from Georgia, but he was perfectly fine to film a PSA for China, for the release of Bad Boys III. That was fine. So he’s okay with those human rights abuses, but asking people to show an ID to vote, that’s where Will Smith draws the line,” Murtaugh said.

“Genocide and concentration camps in China, not really on his radar, but if you ask someone to prove who they really are when they go and exercise their right to vote, man, that is just too far for Will Smith,” he said. “It’s absurd. Absurd!”

Murtaugh said Democrats have been forced to lie about the Georgia law to further their agenda, noting that any Georgians who have a financial burden can get a state ID free of charge.

Sen. Raphael Warnock (D-GA) admitted to lying in a statement about the law, along with President Biden and Stacey Abrams.

Then corporations started to leave the Peach State, including the MLB relocating the All-Star game, hurting black-owned businesses in Atlanta, a majority-black city. Next, Murtaugh points out, Democrats distanced themselves from the decision.

“All of this is towards the goal having the federal government takeover state elections to make sure that liberals can stay in power for decades to come,” Murtaugh concluded. “That’s what all this stuff is about.”