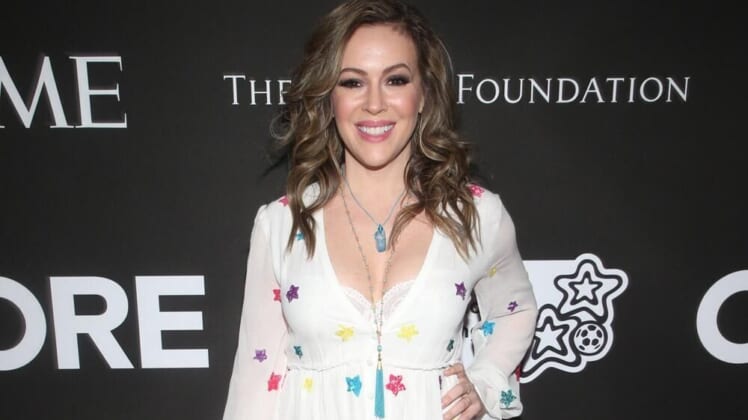 Outspoken leftist and actress Alyssa Milano is at it again. In the latest of her absurd claims on social media, the Hollywood puppet says that a mask will protect you better than an AR-15 will:

Last time I checked, a gun would win if you only had a mask for protection against an intruder. Ironically, Milano has depended on the very thing she despises.

She’s attended an anti-NRA rally while being attended to by armed security. The hypocrisy doesn’t end there. More recently, The Daily Mail reported she called 911 when she thought she had an intruder at her California home. Ironically, this incident occurred after posting the following rant on Twitter about defunding the police:

So many people want to replace the police, but when they find themselves in danger, who do they immediately call? They call the police officers, of course.

Her advocacy of masks has taken some weird turns this year, in more ways than one. Just a few weeks ago, the actress posted a claim about how coronavirus can cause erectile dysfunction and used the phrase “Make America Hard Again” to promote the use of masks.

Politicians across the country replied to Milano’s AR-15 tweet. As she has been accused of many times before, some say Milano is just tweeting outlandish claims for attention:

In Milano’s defense, she’s probably just bored and has nothing better to do than rant on Twitter. She isn’t allowed to go outside anyway right now, thanks to her governor’s orders.

While she demands more government involvement, I’ll keep my freedom and Second Amendment.