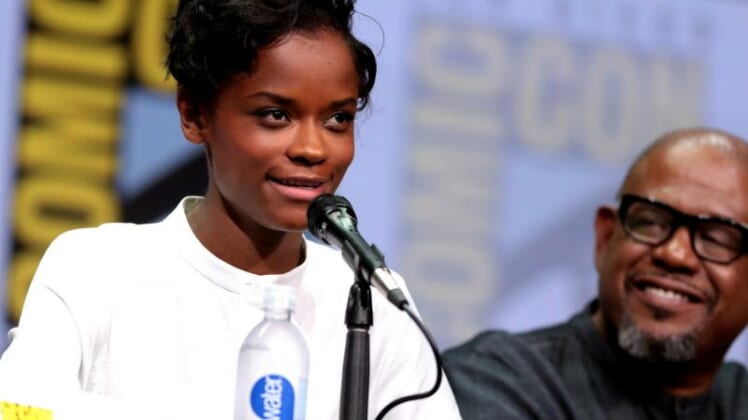 Twitter is not too happy with actress Letitia Wright after she posted a video regarding the COVID-19 vaccine.

Wright, most notably known for her role as ‘Shuri’ in Black Panther, posted a video on her Twitter account that expressed some concerns over the COVID-19 vaccine.

As a result, the users of Twitter did what they always do when a controversial statement is brought up on the Internet, they rioted.

The video has since been deleted off of her account and the original video, which belongs to the YouTube Channel “On The Table”, is nowhere to be found as well.

Many of her fans are accusing her for spreading propaganda and lies.

One user wrote “people would have been more receptive if you just tweeted you had concerns about the vaccine as many are feeling the same apprehension. you tweeted out a video with blatant misinformation that can be debunked with high school level biology.”

Wright posted another tweet saying “if you don’t conform to popular opinions. but ask questions and think for yourself….you get cancelled”.

Another user made a post responding to these events and said “Letitia Wright I hate it had to be you sis WHY”. The Princess of Wakanda then replied with “just interested to know what’s in it. Guess I’m wrong for asking that”.

In the current state of the Internet, as soon as someone questions the media, the CDC, or other medical operations, they are shut down and called an idiot.

Now, folks, I’m not saying the vaccine is bad and I’m not saying it’s good either. I am saying that everyone has the right to make sure that they can trust what is in a syringe.

The actress also made another tweet saying “my intention was not to hurt anyone, my ONLY intention of posting the video was it raised my concerns with what the vaccine contains and what we are putting in our bodies. Nothing else.”