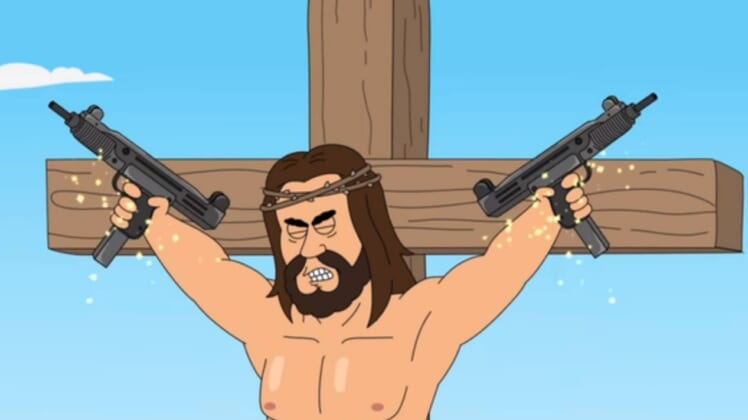 An adult cartoon on Netflix imagined Jesus Christ as a gun-loving Messiah to mock the National Rifle Association and gun owners.

The crazy, over-the-top animated series … took on the topic by ridiculing white male gun owners for using guns as a replacement for testosterone in Episode 4, titled “Trigger Warning”. Paradise’s police chief confesses to needing a gun to get an erection and the head of the NRA says the initials stand for Nards Removed Association. The script is off the wall, even for this totally unrealistic series.