Chick-fil-A Employee Won a Car, Gifted to Co-worker: ‘No One Deserves It More’ 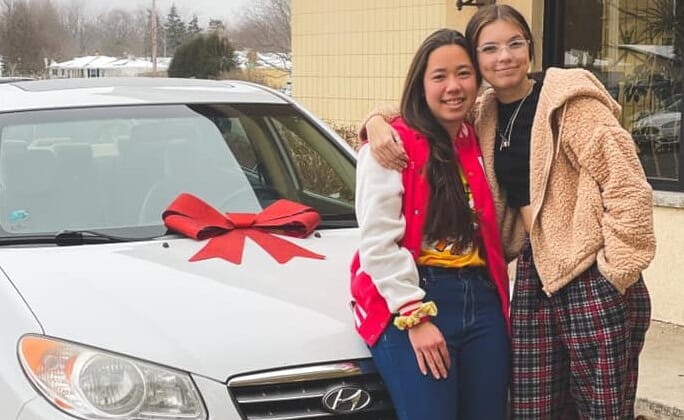 A Chick-fil-A employee in Wisconsin was surprised with a brand new car moments after her co-worker won it in a company raffle last month.

Because Hokule’a Taniguchi rode her bicycle to work at Chick-fil-A Appleton, she had to leave two hours early even riding through the Badger State’s rough winter conditions, according to local media.

“I couldn’t do it, myself,” Haley Bridges, her 17-year-old best friend and co-worker, told FOX affiliate WLUK. “I just, I can’t imagine how she does it.”

Taniguchi, a native of Hawaii, said the bike ride was pretty cold but she braved the temperatures to get to her beloved job.

The Chick-fil-A in Appleton held their Christmas party in January to celebrate their team’s hard work in 2020.

“Seeing our team care for each other was our favorite highlight,” they shared on social media.

“We were able to give away A CAR this year!” they added. “Haley won the car, but immediately decided to give it to Hokule’a so she doesn’t have to bike to work anymore!”

Haley told FOX 11 she and a few other employees were planning to give her the car if they won, “like no matter what. It was not a second thought.”

Recalling the moment, Haley said: “I literally screeched, like I stood up, and I ran over to her, and I gave her like the biggest hug!”

She told Today: “No one deserves it more than Hoku!”