Louisiana Car Dealer’s Help for Homeless Man Goes Viral: “It Was a Blessing” 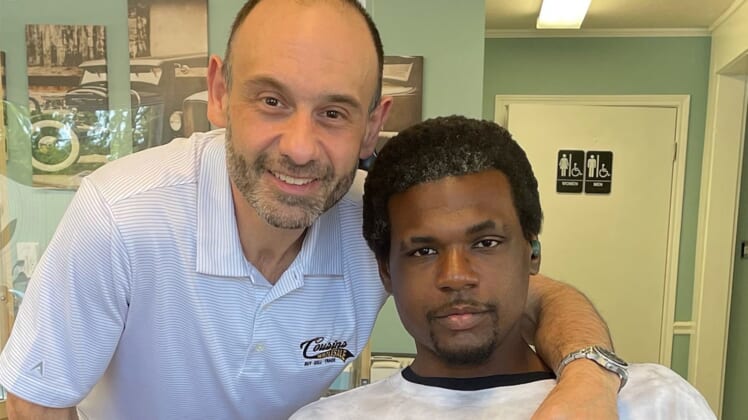 A Louisiana car dealer did more than just help a homeless man he found sleeping in his lot, he struck up a friendship and inspired millions in the process.

Alcide Dominique of Dominique Auto Sales in Opelousas, and his employee Sean, found the man sleeping at the car lot in April.

“He was very kind,” Dominique told Fox News. “He was just happy to be with people who were … treating him like a human being.”

Jamie Brown, 33, told the dealership he found himself on the streets after his grandparents, who had been taking care of him, passed away.

The car dealer got Jamie a hot meal, picked up some supplies at Walmart, and paid for a night at a local motel.

One of the employees, Sean, posted their trip on TikTok, which has garnered more than 1.8 million views.

Thousands of dollars were raised by total strangers within hours and after a GoFundMe was set up, more than $30,000 was raised.

People from all over the world also sent Bibles, clothes and basic apartment furnishings and supplies to the car lot.

“It was a blessing…he didn’t have to go back on the street,” Dominique recalled.

Not only does Brown have a job interview now lined up, but Dominique shared on Facebook that he’s working on opening a non-profit “that gives assistance to the needy, to help them get back on their feet.”

TikTok do your thing! Let’s help him out. Everything sent to me will go directly to him.