The sons and daughters of Nutley, New Jersey have served in every war since the American Revolution. And there are monuments across town honoring those who served and those who died.

The snow and ice can pile up pretty quickly during the winter months — making some of the memorials off-limits to elderly veterans.

So the Nutley High School Patriot Club decided to do something about that. About a dozen young men and one young lady got up early on Jan. 5 and made their way to the snow-covered memorials. They were bundled up in heavy coats and armed with snow shovels. 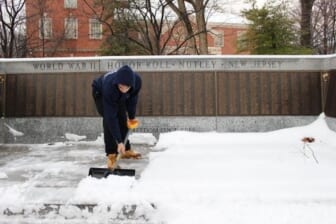 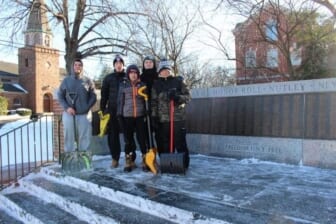 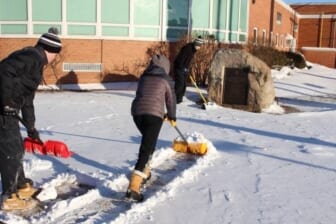 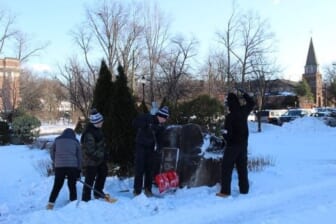 Coach Vick, who coaches football at the middle school, launched the patriot club about four years ago to teach students about their heritage and to honor veterans.

“We wanted to give students the opportunity to promote patriotism in the school and the community as well,” he said. “This club gives these young men and women an outlet to express and display their patriotism.”

PODCAST: Click here for a free subscription to the fastest-growing Conservative podcast in the nation!

If you watch the evening news you could get the impression that American patriotism is dead — but Coach Vick said that’s not the case in Nutley.

“This club lets these guys know that it’s okay to be patriotic,” he said. “These kids love and respect our veterans and the club gives them an outlet to express and display their patriotism.”

But it’s more than just shoveling a sidewalk. After the students have completed their work, the coach talks about the names on the memorials and monuments — the sons and daughters of Nutley.

“We want those veterans to know they were not forgotten on that day,” the coach said.

Every year, the club honors local veterans with a Veterans Day program and dinner. The coach said it’s a marvelous scene watching the veterans share their stories with the young people.

“It’s so important to make sure the next generation does not forget,” he said.

And that’s why the high school patriot club has chosen to be the caretakers of the town’s memorials — so that no one forgets that Nutley, New Jersey is the home of the brave.