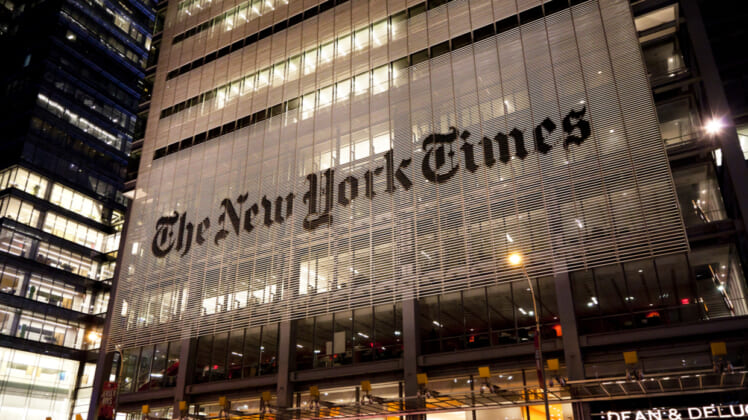 A gun rights group released audio of New York Times journalist Erin Marquis going off on an angry tirade in a voicemail.

Marquis shared her anti-gun outrage on Twitter Thursday along with the number and email address of Great Lakes Gun Rights for people to “make your displeasure known.”

“Just got a press release from the Great Lakes Gun Rights organization about protecting gun rights from democrats in Michigan and I am literally shaking with rage. I hope there is a God and they met that God someday,” Marquis wrote.

The Great Lakes Gun Rights, a Michigan state affiliate of the National Association for Gun Rights, posted the audio Thursday on YouTube.

“Hi, I’m a journalist with the New York Times. I’m just calling to wonder. I have two questions. How do you sleep at night? And aren’t you just a bit worried that there might be a hell? And when you meet God, He will send you there? That’s just my only question. The third question, the only people politicizing this seems to be you because you’re the only people I got a f—ing press release from,” Marquis said.

“Again, I am from the New York Times, and I’m letting everyone in the New York Times know what kind of f—ing a—holes you are,” she added. “Congrats on being a laughing stock. You f—ing ghouls. I hope that there is a God in heaven, so He judges you when you die.”

“You know what I’m really surprised about here?” Starnes said. “This reporter from the New York Times believes in God. She believes in heaven and hell.”

Starnes added: “The breaking news is that you actually have somebody at the New York Times that believes in the Almighty.”