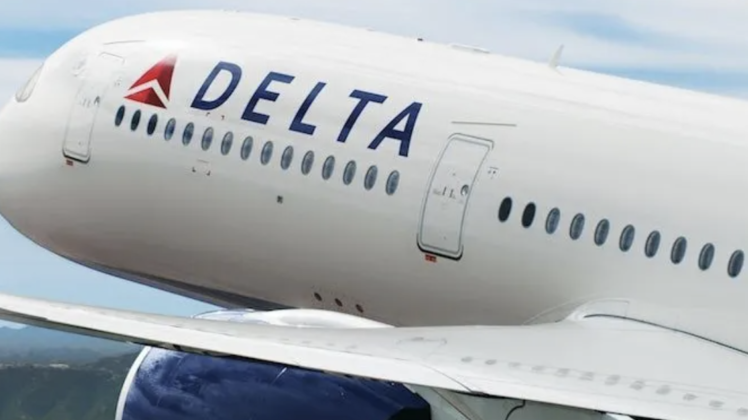 A Delta jetliner bound for Atlanta slid off a taxiway at Pittsburgh International Airport Wednesday night. None of the 77 passengers or crew were injured.

Flight 2231 reportedly hit a patch of ice during light snow. A spokesperson for the airport said the incident happened around 6:29 p.m.

Delta said in a statement: “While on taxi-out prior to departure, Delta flight 2231 from Pittsburgh to Atlanta exited the taxiway paved surface. Delta teams worked with the airport authority to safely transport customers back to the terminal. We apologize to our customers for the delay and inconvenience and are working to re-accommodate them as quickly as possible.”

You can see the emergency response at Pittsburgh international Airport off in the distance after a plane slid off the taxiway @WPXI pic.twitter.com/LYJdeYYOF0

You can see the “Delta” tail in the eerie low visibility. Most passengers are safely off @WPXI pic.twitter.com/yXXNX6xUuP

#Breaking: A plane carrying 77 passengers skids off the taxiway at Pittsburgh International Airport. A passenger on board the Delta Flight headed to Atlanta shared this picture with us. Updates on @WTAE at 11:00 https://t.co/9YTPoeWeWc pic.twitter.com/VJen5Nix0W