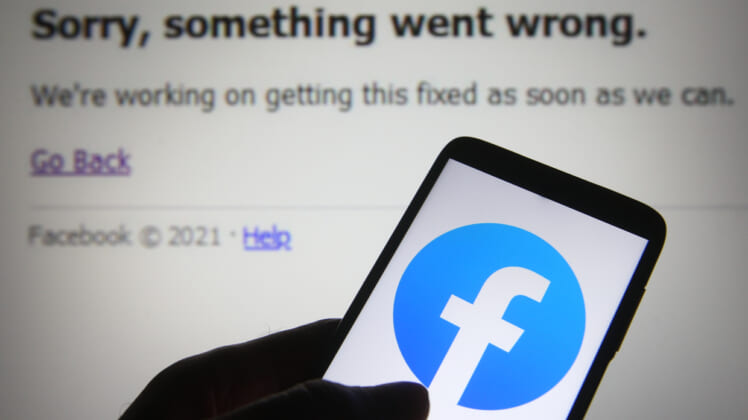 Users on Monday reported Facebook, Instagram, and Whatsapp being down one day after a whistleblower accused the company of putting profits over safety.

The blackout happened after Frances Haugen, Facebook’s product manager on the civic misinformation team, revealed her identity Sunday on the CBS television program “60 Minutes,” as the whistleblower who provided the documents to the Wall Street Journal investigation and a Senate hearing on Instagram’s harm to teen girls, Reuters reports.

“Facebook has realized that if they change the algorithm to be safer, people will spend less time on the site, they’ll click on less ads, they’ll make less money,” Haugen told “60 Minutes.”

“We’re aware that some people are having trouble accessing Facebook app. We’re working to get things back to normal as quickly as possible, and we apologize for any inconvenience,” Facebook communications executive Andy Stone wrote.

National radio host Todd Starnes pointed out the importance of his daily newsletter to get around social media censorship and outages, encouraging his listeners to check out GETTR. Click here for a free subscription.

“Facebook may be down, but our GETTR is up and running — uncensored!” Starnes said.