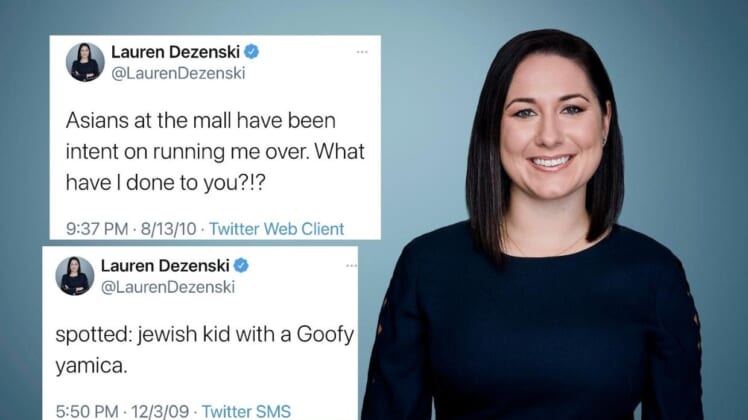 A CNN reporter apologized Friday for resurfaced tweets, just days after the network cut ties with a journalist who said, “the world today needs a Hitler.”

Lauren Dezenski, a CNN Politics reporter, said she “deleted two tweets from more than a decade ago” when she was in high school.

“One propagated a racial stereotype. The other was stupid and tasteless,” Dezenski said. “Neither in any way reflect my feelings or maturity today. I regret them and I am sorry.”

Her apology came minutes after old screenshots were shared on the social media platform.

In the first tweet, Dezenski wrote: “spotted: jewish kid with a Goofy yamica.”

And in the other one, she said: “Asians at the mall have been intent on running me over. What have I done to you?!?”