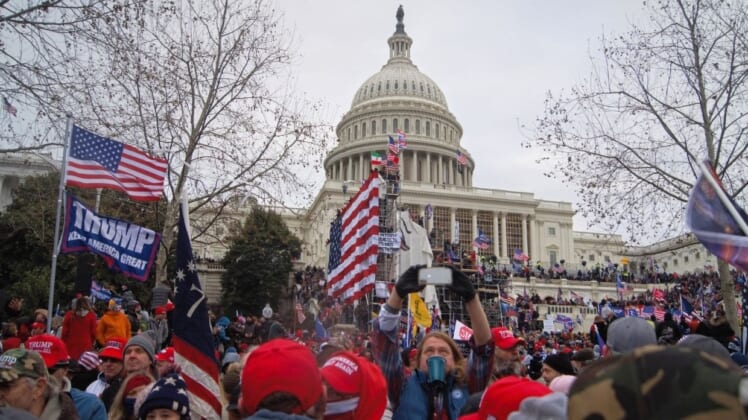 S.V. Date made the comment on Twitter this week. According to his biography, Dates “new work, The Useful Idiot, captures Trump’s failed management of the coronavirus pandemic and his corruption of the Republican Party.”

Nearly 3,000 Americans died on 9/11 at the hands of Islamic terrorists. Meanwhile, one unarmed pro-Trump protester, Ashley Babbitt, was killed by a Capitol police officer and four people died of natural causes.

In a debate about which was worse, one Twitter user noted “United 93 was intended to crash into the Capitol. You think January 6th was worse than that?”

Conservative commentator Stephen L. Miller concluded, “This person is a lunatic who belongs nowhere near a job that is meant to inform people.”