“It Will Be a Woman – a Very Talented, Very Brilliant Woman.” – President Trump 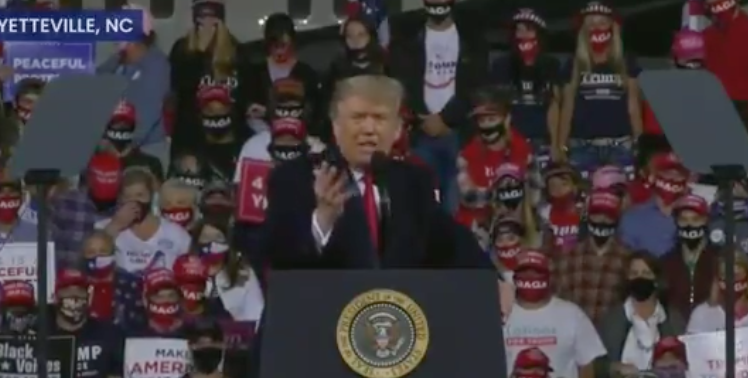 President Trump announced tonight in Fayetteville, North Carolin that his next pick for the Supreme Court will be a woman.

First, he took a poll of the crowd – asking if they wanted a woman on the bench. They responded enthusiastically.

“It will be a woman – a very talented, very brilliant woman,” the president told the cheering crowd.

.@realDonaldTrump: "I will be putting forth a nominee next week.

It will be a woman." pic.twitter.com/xl97kv8xqx

"It will be a woman — a very talented, very brilliant woman."@realDonaldTrump says he will nominate a woman to the Supreme Court, but he hasn't chosen the nominee yet.

The president also warned that @JoeBiden would nominate someone on the "far-left." pic.twitter.com/BAPv7k1OYf

.@RealDonaldTrump polls the audience at his rally.

The audience would prefer he nominate a woman to the Supreme Court pic.twitter.com/EfpZ4aElIz