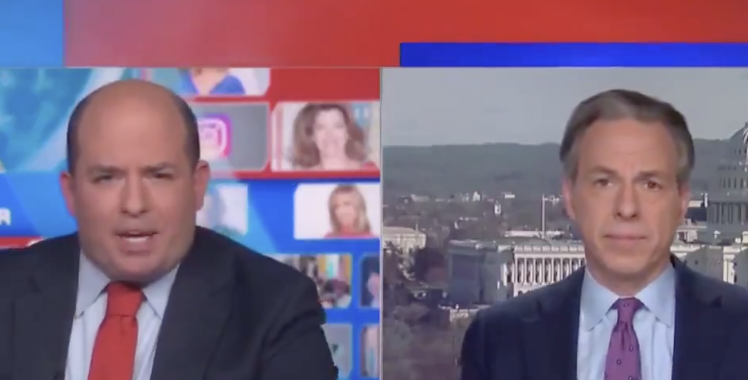 OPINION: I’ve noticed a disturbing trend among the male anchors at CNN – the relish in smacking around female staffers of the Trump Administration. And it goes far beyond just verbal abuse.

Jake Tapper, the man who is supposed to be a “fair and balanced” journalist, is among the worst.

On Sunday he explained to Brian “Tater” Stelter why he refused to invite White House Press Secretary Kayleigh McEnany on his program.

“Kayleigh McEnany – I never booked her,” Tapper said. “These are just people who tell lies the way that most people breathe. There was no value in that.”

Tapper and Stetler went on to also bash former senior advisor Kellyanne Conway and Jason Miller. But they had their claws out for McEnany.

“She tells lies all the time,” he said. “She can’t acknowledge reality. I’m just not going to put someone like that on air.

To her credit, McEnany refused to be verbally abused by the emasculated anchors at CNN.

“This is a therapy session for a broken network and Jake Tapper is lazy enough to participate by lobbing baseless personal attacks, with ZERO evidence,” she wrote on Twitter.

“I do not leak. I do not lie. But I do call out the lies of the media,” she retorted.

Good for you, Kayleigh.

And pay no attention to a bunch of grown men caked in makeup who get their jollies by attacking women. I’m no therapist, but I suspect it’s to make up for other deficiencies in their lives.

This is a therapy session for a broken network, and @jaketapper is lazy enough to participate by lobbing baseless personal attacks, with ZERO evidence.

I do not leak.

But I DO call out the lies of the media (i.e. CNN Russia collusion hoax!) https://t.co/Gz0RWbwhJZ