MSNBC Drools Over Wardrobe of Dems, But Says Melania Trump’s Fashion is “Steeped in Elitism.” 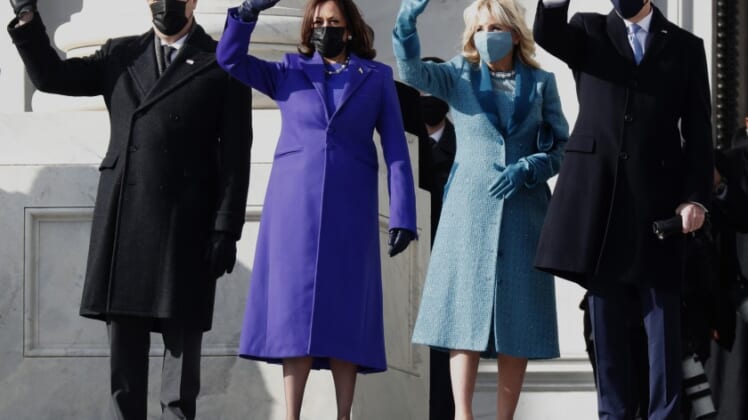 It’s going to be a long four years of the media fawning over everything the Democrats do, and that includes going gaga about what they’re wearing. Yesterday’s inauguration was no exception.

And no, that pun about Lady Gaga, who wore a Hunger Games-esque outfit to the inauguration, was not intended.

One of the many news outlets to go googly-eyed yesterday was NBC News with their compliments to former First Lady Michelle Obama and First Lady Jill Biden.

The author of the article, Erin Delmore, went to praise former First Lady Michelle Obama’s outfit, which calls her history of fashion a “legacy.”

“She used fashion to send a message of inclusivity,” Reid said about the purple outfit.

This piece wouldn’t be complete without taking a jab at former First Lady Melania Trump, of course.

The article criticized Mrs. Trump by saying she left a “fashion footnote” that is “steeped in elitism and her tone-deafness.”

I have no qualms with the media examining and praising or criticizing female politicians’ outfits. It can be fun to see what they wear and what designers they’re representing.

But what I have a massive problem with is how the media finds no fault in former First Lady Michelle Obama, current First Lady Jill Biden or Vice President Kamala Harris yet they criticized Melania Trump for four straight years no matter what she did.

We had a supermodel as our First Lady, but she couldn’t get on a cover of any magazine. Meanwhile, Harris was on a magazine cover before she even stepped into the White House:

This is just another example of the hypocrisy of the Mainstream Media, and I don’t expect it to change for the better any time soon.