‘I Am Here for You’: Nicholas Sandmann Defends Kyle Rittenhouse 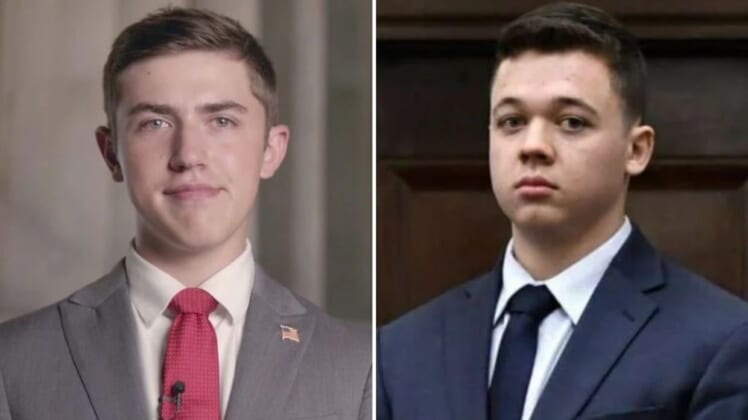 Nicholas Sandmann from Covington Catholic High School is defending Kyle Rittenhouse against the liberal media’s “public execution” as he awaits a verdict from the jury.

Sandmann was 16 when he was defamed by corporate media for an encounter with a Native American activist on the steps of the Lincoln Memorial.

“The parallels between me and Kyle Rittenhouse are impossible not to draw,” Sandmann wrote in a lengthy op-ed for the Daily Mail. “Kyle wasn’t given his day in court by his critics. And neither was I.”

Sandmann, who won millions in defamation lawsuits against the media, slammed “liberal media outlets” for using Rittenhouse as an “easy target” to get views, money, and advance a Leftist agenda. The damage, he adds, labeling Rittenhouse a “terrorist,” “white supremacist,” and “school shooter” in Kenosha has already been done.

“At this time I would like to use my platform to let Kyle know that I am here for you,” Sandmann said, “and if you ever would like to reach out to me, I am about the only person our age to have an idea of how the media is treating you. The way the media has treated you is terrible, and you don’t have to face it alone.”

“American journalism is nothing more than low-brow, gutter trash fiction,” Starnes said. “Their behavior is shameful.”

“In a case like Kyle Rittenhouse, the mainstream media sees a white guy with a gun and he suddenly becomes the bad guy. Once they set the narrative, the truth no longer matters. Just ask Nicholas Sandmann and Justice Brett Kavanaugh.”

The best-selling author added on his show Tuesday: “If I were Kyle Rittenhouse, I would say, ‘Hold my root beer.’ Because it’s about to get really ugly for the media. I hope that Rittenhouse goes after all these people.”

LISTEN TO TODD STARNES DISCUSS THE STORY ON THE TODDCAST PODCAST BELOW: