President Trump Honors Lou Dobbs After Being Booted From Fox 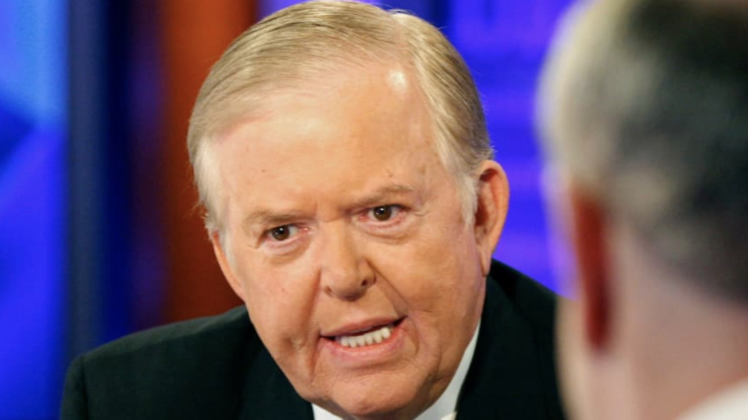 President Trump and Pastor Robert Jeffress are among the high-profile conservatives who are praising the work of ex-Fox Business host Lou Dobbs.

The Los Angeles Times, which was the first to break the news, reports that Dobbs will remain under contract at Fox News but is unlikely to appear on any Fox News Channel programs.

“Lou Dobbs is and was great. Nobody loves America more than Lou,” President Trump said. “He had a large and loyal following that will be watching closely for his next move, and that following includes me.”

Jeffress, the pastor of First Baptist Church in Dallas, was a regular guest on Dobbs’ program.

“Lou Dobbs is a truly great American, a consummate journalist, a committed Christian, and a treasured friend. Next to Sunday mornings, visiting with Lou Friday nights has been the highlight of my week for 5 years,” Jeffress wrote on Twitter.

Media experts were left wondering why Fox would cancel one of the highest-rated programs on the network.

“As we said in October, Fox News Media regularly considers programming changes and plans have been in place to launch new formats as appropriate post-election, including on Fox Business — this is part of those planned changes,” a Fox News Media spokesperson said in an email to the Washington Post. “A new 5 p.m. program will be announced in the near future.”

In recent days, there has been a behind-the-scenes purging of conservatives at 1211 Avenue of the Americas. Sources within the building tell me that conservative staffers are terrified about being outed.

Since Roger Ailes left, Fox News has turned to far-left journalism groups to staff newsrooms on both the television and digital of the operation.

“I can’t underscore how rare this is. Ratings are normally a shield,” CNN’s Brian Stelter wrote on Twitter. “Fox Biz viewership is low overall, but Dobbs was the most popular guy. Yet he’s cancelled.”