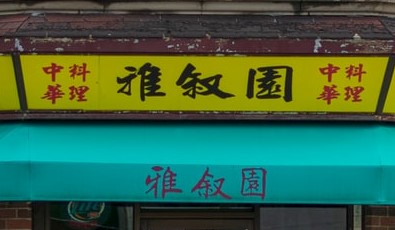 CNN is being mocked for claiming certain text fonts “communicating Asianness” can be racist, according to Fox News.

The liberal network’s Twitter account wrote:  “For years, the West has relied on so-called ‘chop suey’ fonts to communicate ‘Asianness’ in food packaging, posters and ad campaigns. But such fonts perpetuate problematic stereotypes.”

“CNN has reached the epitome of ‘we’re out of stuff to pretend to be outraged by this week for clicks’ if they’re surmising which fonts are racist,” political satirist Tim Young told FOX.

Others on social media slammed CNN for its eyebrow-raising article.