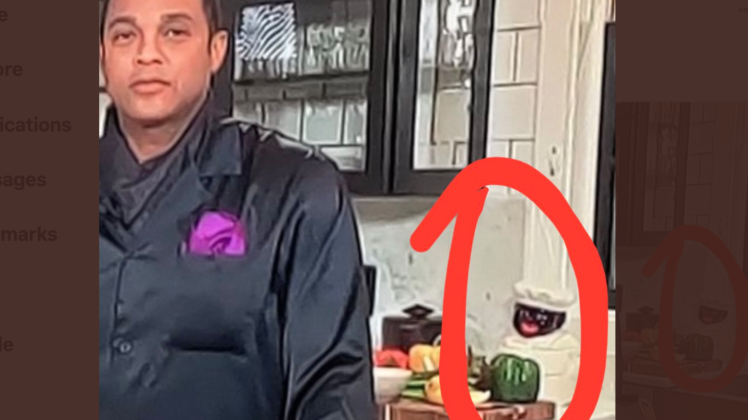 CNN’s Don Lemon invited the nation into his kitchen on New Year’s Eve — drinking copious amounts of alcohol and making sexually charged statements throughout the evening.

But an eagle-eyed viewer noticed something very peculiar on Lemon’s kitchen counter – a blackface cookie jar.

In 2018 Megyn Kelly caused a national controversy by pointing out that it was okay to dress in blackface for a costume.

“When I was a kid, that was OK, so long as you were dressing up in character,” she said on The Megyn Kelly Today Show. Kelly later apologized.

“Megyn is 47 years old, she’s our age. There has never been a time in that 47 years that blackface has been acceptable,” Lemon hissed during an on-air conversation with Chris Fredo Cuomo.

Lemon snarled about “how much diversity” Kelly had on her staff “because people would have informed her.”

“I think people really need to educate themselves about this particular issue, and we need to realize in this culture that some people do have a privilege where they don’t have to think about it,” Lemon added.

I’d be willing to bet a Famous Amos cookie that Megyn Kelly doesn’t have a blackface cookie jar in her cupboard.

Oh, you mean that veggie in front of the black face cookie jar? That's a green bell pepper. https://t.co/oQWwBzavUU