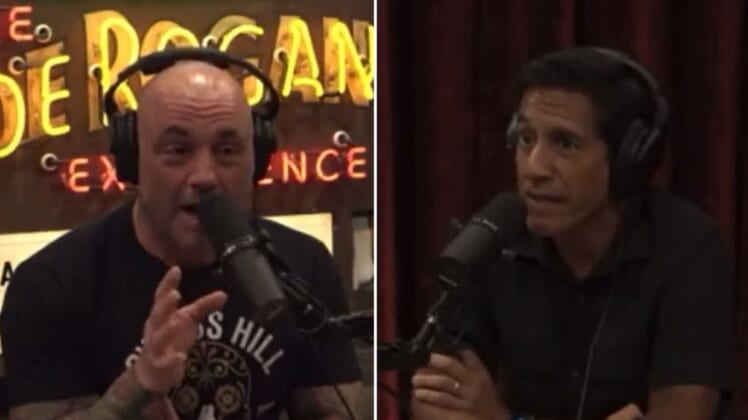 Fight back against Big Tech censorship by signing up for Todd’s free newsletter. Click here to subscribe!

Joe Rogan took CNN’s Dr. Sanjay Gupta to task on his podcast over “lies” surrounding the COVID vaccine and treatment for the virus.

Rogan confronted CNN’s chief medical correspondent multiple times about the network lying about Ivermectin, which was part of Rogan’s recovery from COVID.

“Why would they lie and say that’s horse dewormer?” Rogan asked. “Do you think that that’s a problem that your news network lies?”

When Gupta tried to change the subject, Rogan held him to account: “No, no, no, before we get to that, the news network you work for out and out lied, just outright lied, about me taking horse dewormer.”

“They shouldn’t have said that,” Gupta admitted.

“Why did they do that?” Rogan asked.

“You didn’t ask? You’re the medical guy over there,” Rogan said.

“I didn’t ask. I should have asked before coming on your podcast,” Gupta concluded.

CNN’s Don Lemon tried to clean up for the network Wednesday night after Rogan’s interview with Gupta went viral.

Despite Lemon’s claims, there are screenshots of CNN calling Rogan’s treatment “horse dewormer” and referring to it as a “livestock drug.”