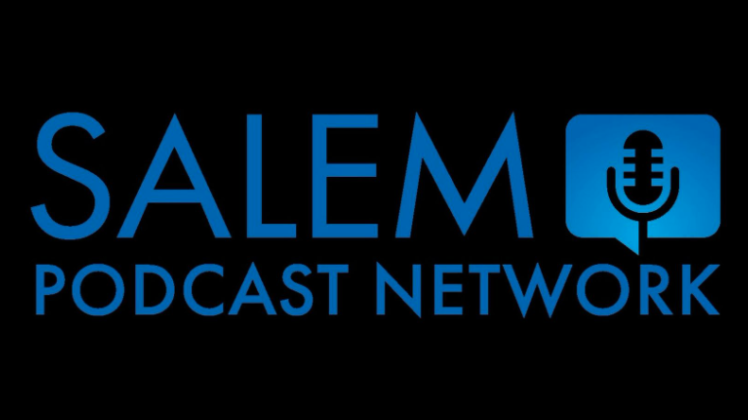 “SPN is delighted to join in this partnership with Todd Starnes, one of the leading voices in conservative America,” said Phil Boyce, Senior Vice President of Spoken Word for the Salem Media Group. “His courage in saying what needs to be said is unmatched.  His knowledge and ability to explain what is really going on is his forte.”

The Salem Podcast Network will begin distribution, marketing, and sales representation for the Todd Starnes Podcast beginning on April 5, 2021.

Starnes is a longtime award-winning journalist and radio commentator. His daily syndicated radio presence reaches millions of listeners across hundreds of stations. He previously spent more than a decade at the FOX News Channel, hosting a daily radio program on the FOX Radio Network.

He is the author of six books, including The Deplorables’ Guide to Making American Great Again, God Less America — a collection of essays documenting the war on religious liberty —  and his latest book Culture Jihad: How to Stop the Left from Killing a Nation.

“Salem is known for its cutting edge platforms and excellence driven programming. I’m honored to join such a well-respected industry leader like the Salem Podcast Network,” said Starnes.

Starnes is the recipient of a regional RTNDA Edward R. Murrow Award and the Associated Press Mark Twain Award for Storytelling. Social science researcher and pollster George Barna included Starnes as one of the top media influencers for Evangelical Christians in the 2016 presidential election. In 2014, Starnes was awarded the National Religious Broadcaster’s Board of Directors Award. He is also the recipient of First Liberty Institute’s “Defender of the Faith” award, Vision America’s “National Hero of the Faith” award, Bott Radio Network’s “Watchman on the Wall” award and Pacific Justice Institute’s “Light in Media Award.”

Starnes is a frequent speaker at churches, Christian conferences, and Christian universities. He has delivered messages at the Ronald Reagan Ranch, the Billy Graham Training Center, and the Family Research Council’s Values Voter Summit.

Since its launch in January of 2021, SPN has generated over 30 million downloads. In February of 2021, SPN averaged over 2.4 million weekly downloads and over 400,000 average weekly users, according to Triton Digital. SPN also represents the Charlie Kirk Show, the Dinesh D’Souza Podcast, the Rundown with Hugh Hewitt, the Mike Gallagher Show, the Dennis Prager Show, America First with Sebastian Gorka, the Larry Elder Show, and the Mike Gallagher Show.

SPN is owned and operated by Salem Media Group, America’s leading multimedia company specializing in Christian and conservative content, with media properties comprising radio, digital media and book and newsletter publishing. Each day Salem serves a loyal and dedicated audience of listeners and readers numbering in the millions nationally. With its unique programming focus, Salem provides compelling content, fresh commentary, and relevant information from some of the most respected figures across the Christian and conservative media landscape. Learn more about Salem Media Group, Inc. at www.salemmedia.com, Facebook and Twitter.