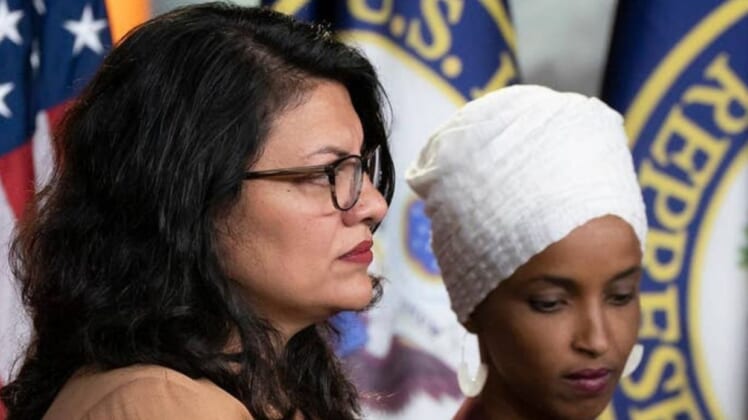 The Sara Carter Show host said it’s “devastating” to see the hatred coming from the Left for our greatest ally in the Middle East.

“I think what’s so tragic is hearing so much anti-Semitic talk disguised as anti-Israel,” Carter said. “And, you know, we’ve heard that from Ilhan Omar. We’ve heard it from Rashida Tlaib. The failure of the Democrats to stand up for Israel, it’s a really unfortunate time.”

LISTEN TO THE FULL INTERVIEW BEGINNING AT 42:00 ON THE TODDCAST PODCAST:

The following is a portion of the transcript of Todd Starnes’ interview with Sara Carter:

STARNES: You know, Sarah, we were talking about borders. And earlier in the program, I compared what’s happening with the Israelis and Gaza with what’s happening on our border. And, yeah, we’re not we don’t have missiles fired across our border. But if we did, we would respond. And now we have people within our own government saying Israel should stand down. And it’s as if they don’t have a right to protect or defend themselves or their borders.

CARTER: Well, absolutely. I mean, this is what’s so devastating. I believe, you know, there’s a number of real, now there’s people that have their own political viewpoint on Israel. Look, Israel is our closest ally, our only real ally in the Middle East, in my opinion. I know Saudi Arabia has been there, but we have never had an ally like Israel in the Middle East and we have to defend her.

I think what’s so tragic is hearing so much anti-Semitic talk disguised as anti Israel. And, you know, we’ve heard that from Ilhan Omar. We’ve heard it from Reshida Tlaib.

The failure of the Democrats to stand up for Israel. It’s a really unfortunate time. And now we see, you know, what is happening with Israel, with Hamas, Hezbollah. Let’s be frank and honest. They’re being backed by Iran. We know this. We have the intelligence to prove this. It has happened for quite a long time. And Israel has every right to defend herself. And unfortunately, Hezbollah and Hamas, they you know, and the organizations on the ground in Gaza tragically use young children and people as human shields. And, you know, they put Israel in a precarious situation. But I personally believe that the terrible policies we’re seeing out of the Bush administration that have led to this as well, and basically the lack of respect right now for the Biden administration that caused this, you know, situation to unravel so quickly in Israel between the Palestinians and the Israelis. I mean, look, we haven’t seen anything like this in a long time. And right now over 200 and something 200 plus people have died in Gaza, 12 in Israel. We’re looking at nearly 300 people with a loss of life. And that’s really tragic, Todd.