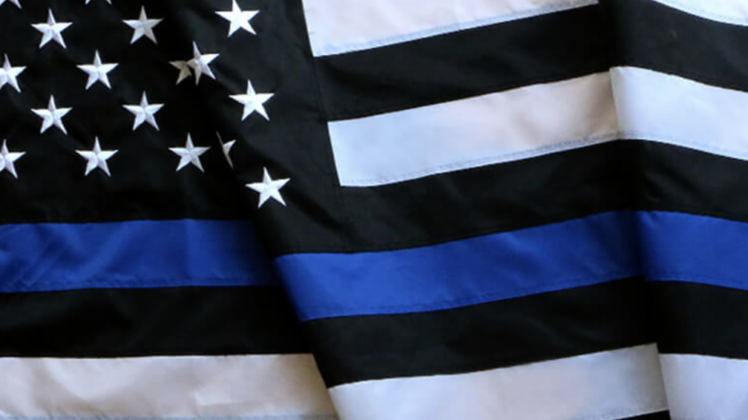 A pair of Washington State teenagers learned a very important life lesson the other day: there’s price to pay for stealing someone’s property.

On August 7th a homeowner in Port Townsend gave chase after two teens, a male and a female, stole his “Thin Blue Line” flag from his garage, the Leader newspaper reports.

The homeowner knocked the girl to the ground and snatched back his flag. When the boy intervened, the homeowner fought back.

“I ran up to them, took my flag back, took their stuff,” the homeowner told police in an interview recorded on an officer’s body camera. “I ran up behind her, took her down, took my flag and said, ‘Who do you think you are taking my stuff off my property?’ … I said, ‘I’m going to take your stuff, you can see what it’s like to have your stuff taken.’”

The homeowner was initially charged with second-degree robbery, but prosecutors later decided to not charge the man with any crime.

Prosecutor James Kennedy told the local newspaper that homeowners are allowed to use limited applications of force in defense of property.

“At first it sounded like the force he applied may have been excessive — some of the reports that we looked at sounded like that might have been the case — but when I looked at the photographs, I didn’t see any indications of injuries that were the result of excessive force,” Kennedy told the newspaper. “I don’t think that we reasonably could’ve obtained a verdict beyond a reasonable doubt at trial.”