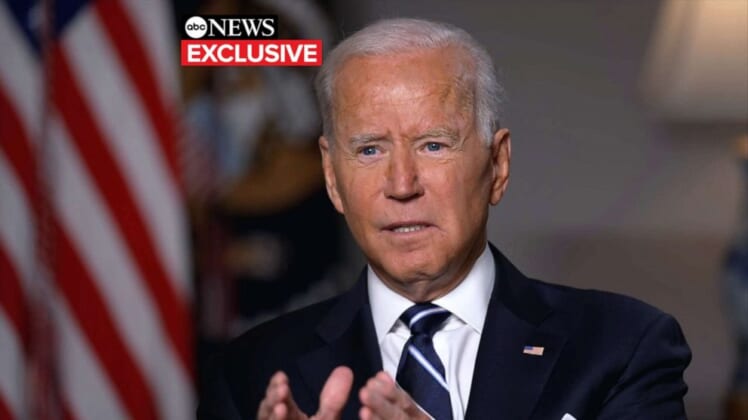 WARNING: JOE BIDEN WANTS TO CRACK DOWN ON CONSERVATIVE NEWS AND CONTENT. Before you listen, I want to strongly urge you to sign up for Todd’s free newsletter. It’s your only lifeline to conservative news and commentary. We can no longer rely on social media. Click here to subscribe.

President Biden seemed confused and he stumbled over his words during an exclusive interview with George Stephanopoulos of ABC News. He mentioned that his late son, Beau, had served in the U.S. Navy in Afghanistan. That was not the case. HE served in the U.S. Army in Iraq. The transcript is below. Click here to follow Todd on Facebook.

STEPHANOPOULOS: I– I think a lot of– a lot of Americans, and a l– even a lot of veterans who served in Afghanistan agree with you on the big, strategic picture. They believe we had to get out. But I wonder how you respond to an Army Special Forces officer, Javier McKay (PH). He did seven tours. He was shot twice. He agrees with you. He says, “We have to cut our losses in Afghanistan.” But he adds, “I just wish we could’ve left with honor.”

BIDEN: Look, that’s like askin’ my deceased son Beau, who spent six months in Kosovo and a year in Iraq as a Navy captain and then major– I mean, as an Army major. And, you know, I’m sure h– he had regrets comin’ out of Afganista– I mean, out of Iraq.