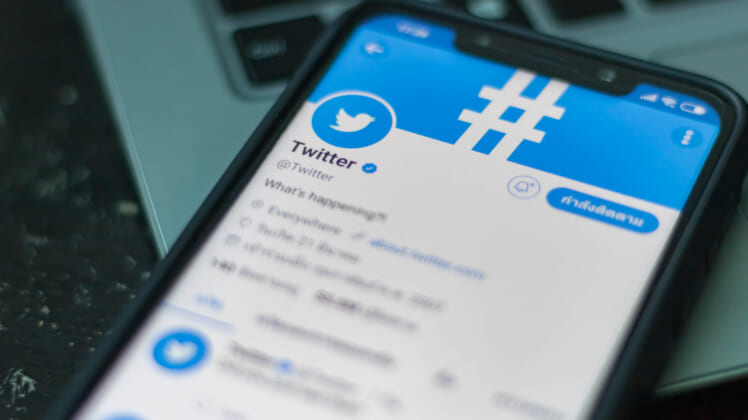 Twitter’s Board of Directors unanimously appointed Parag Agrawal as CEO and a member of the board. Agrawal has been with Twitter for more than a decade and has served as Chief Technology Officer since 2017.

“I’ve decided to leave Twitter because I believe the company is ready to move on from its founders,” Dorsey said. “My trust in Parag as Twitter’s CEO is deep. His work over the past 10 years has been transformational. I’m deeply grateful for his skill, heart, and soul. It’s his time to lead.”

“This is not good news,” national radio host Todd Starnes said. “Twitter is about to go full-blown woke.”

The House Judiciary Committee Republicans slammed Dorsey’s replacement sharing a screenshot of a tweet from 2010.

“Didn’t think it could get much worse than Jack Dorsey,” the Judiciary GOP tweeted. “But yikes.”

Agrawal tweeted a quote: “‘If they are not gonna make a distinction between muslims and extremists, then why should I distinguish between white people and racists.”

“On behalf of the Board, I want to thank Jack for his visionary leadership and unrelenting dedication to Twitter since its founding,” Taylor said. “Jack returned to Twitter and turned the Company around at the most critical time. The progress since then has been nothing short of incredible. Jack has given the world something invaluable and we will continue to carry it forward.”

Agrawal thanked the board for their confidence and for Dorsey’s “continued mentorship, support, and partnership.”

“I look forward to building on everything we have accomplished under Jack’s leadership and I am incredibly energized by the opportunities ahead. By continuing to improve our execution, we will deliver tremendous value for our customers and shareholders as we reshape the future of public conversation,” Agrawal said.

Shares of the social media giant spiked after the announcement from Dorsey, who was CEO of both Twitter and Square Inc., which processes digital payments.

The Big Tech’s board has been preparing for Dorsey departure since last year, CNBC reports.

The new CEO tweeted about the decision to permanently ban former President Trump on Jan. 8:

When asked about flagging Trump’s tweets in Nov. 2020, Agrawal told Technology Review: “Our approach to it isn’t to try to identify or flag all potential misinformation. But our approach is rooted in trying to avoid specific harm that misleading information can cause.”

At the time, Agrawal said they focused on “harm that can be done with misinformation around COVID-19, which has to do with public health, where a few people being misinformed can lead to implications on everyone.”