VIDEO: McAuliffe Walks Out During Interview 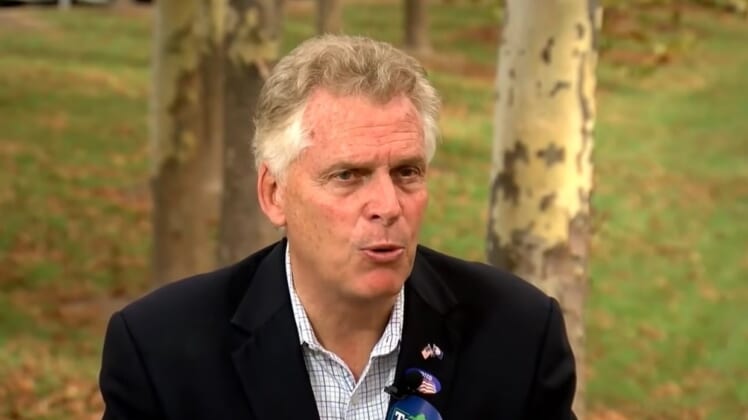 During the interview, Terry McAuliffe abruptly stood up after 10 minutes and walked away, telling the WJLA 7News reporter Nick Minock “he should have asked better questions.”

Minock interviewed both Terry McAuliffe and Republican gubernatorial candidate Glenn Younkin separately. According to Breitbart, Minock intended both interviews to be 20 minutes long.

“If you watch those entire interviews on our website, we do want to point out that the Terry McCauliffe interview is shorter than our interview with Glenn Youngkin,” said an ABC7 anchor. “That was not by our doing. Nick offered 20 minutes for both candidates exactly to be fair for the interviews.”

WATCH THE VIDEO OF THE INTERVIEW BELOW: