WATCH: High School Graduates Led in Pledge of Allegiance to “One Nation, Under Allah”

There were some shocked folks in the audience at a high school graduation ceremony in the Commonwealth of Virginia the other day.

A student at Justice High School in Fairfax pledged allegiance to Allah. Watch below. 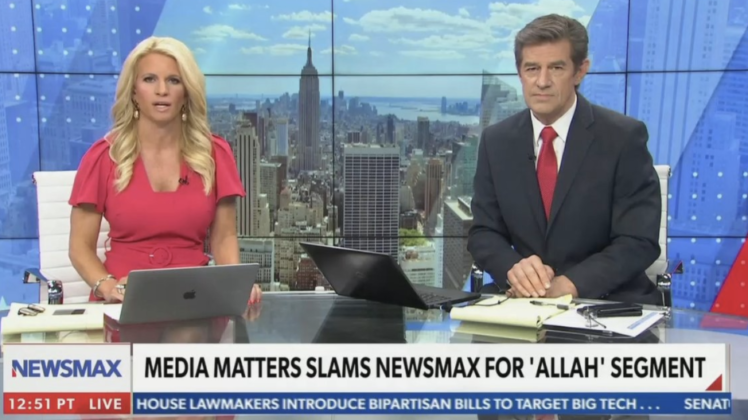 There were some shocked folks in the audience at a high school graduation ceremony in the Commonwealth of Virginia the other day. A student at Justice High School in Fairfax pledged allegiance to the god of the Muslims. Watch below.

During the recitation of the pledge of allegiance, the student said, “Under Allah” rather than “Under God.”

The school district released a statement to Newsmax noting they had nothing to do with the egregious desecration of the pledge. (And by the way – Newsmax was the ONLY conservative cable news channel to cover this story)

“The school division did not endorse nor pre-approve the change in wording to the pledge of allegiance at the Justice HS graduation ceremony,” spokesperson Lucy Caldwell told Newsmax.

CLICK HERE TO PRE-ORDER AN AUTOGRAPHED COPY OF TODD’S NEW BOOK: “OUR DAILY BISCUIT: DEVOTIONS WITH A DRAWL.

“My jaw dropped,” said Melanie Collette, host of MoneyTalk with Melanie during an interview on Newsmax. “That is an absolute disgrace – especially for that student to pull that at the last minute.”

American Agenda host Bob Sellers is an alumnus of the school and he said he is embarrassed by what happened.

The fact is that the God mentioned in the pledge of allegiance is not the god of Islam. \