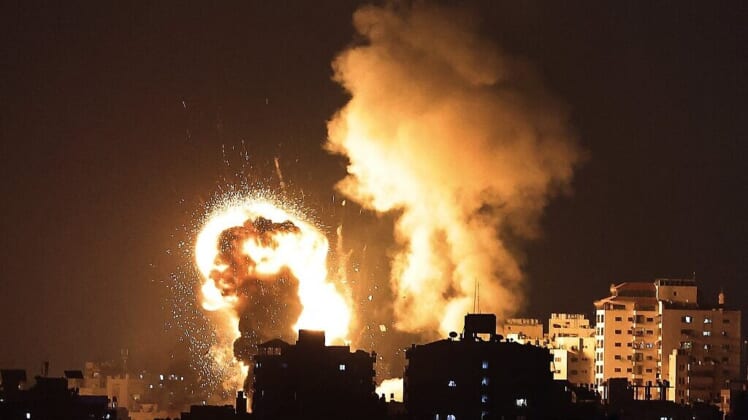 Israel hit back Monday night into Tuesday morning in “Operation Guardian of the Walls” after Palestinian terrorists fired hundreds of rockets into the Jewish State.

The Israel Defense Forces (IDF) reports the Iron Dome had a successful interception rate of over 90 percent as hundreds of explosives headed toward innocent civilians.

Two Israeli civilians were killed and dozens injured as Hamas, the terrorist group in control of Gaza, fired hundreds of rockets into Southern Israel.

The IDF released the following statement about their military operation:

In addition, as part of the strikes over the past day, the IDF struck a military intelligence building belonging to the Hamas terror organization, along with approximately 15 operatives of the organization. Likewise, IDF tanks and aircraft struck additional terror targets, among them: two offensive terror tunnels adjacent to the security fence. The Hamas terror organization deliberately places military targets in the heart of densely populated areas in the Gaza Strip. The IDF takes precautions to avoid harming civilians as much as possible during its operational activities.

WATCH FOOTAGE OF THE OPERATION BELOW: