Caleb Parke: Why I’m a Pro-Life Millennial and Look Forward to Post-Roe America 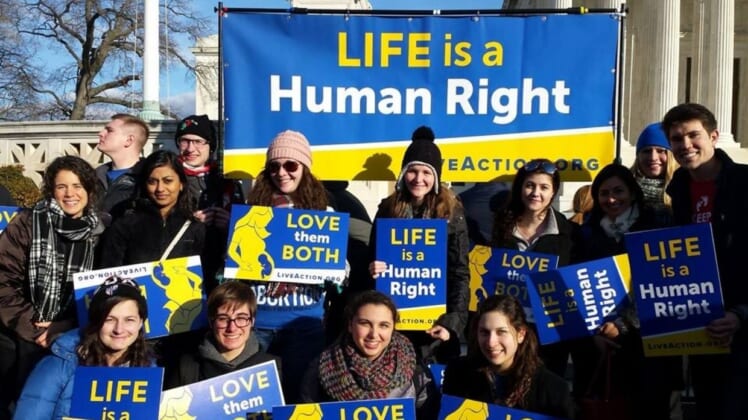 I could’ve been aborted and, if you’re a millennial or younger, you could have been, too — legally.

In high school, my mom told me the story about when I was born. She said there was a complication with her pregnancy and the doctor told her that he had to ask if she wanted to get an abortion.

This shocked me. Thankfully my mom told him that it was not her decision to make but that I belonged to God. And both my parents cried when I was born a healthy, chubby baby boy.

Be sure to sign up for Caleb’s FREE newsletter for more encouraging stories like this one in your inbox!

But, tragically, millions in our generation have had their lives taken too soon to abortion after Roe v. Wade was decided in 1973.

As a pro-life activist, I’m hopeful my generation will see the end of Roe. And thanks to President Trump’s three appointments to the Supreme Court, we just might very soon.

I didn’t have a “choice” to be born. Nobody did. President Ronald Reagan summed it up best when he said, “I’ve noticed that everyone who is for abortion has already been born.”

The right to life is God-given, and no government should ever infringe on that right.

But take God and religion out of it and I’m still going to say the same thing. Science has proven the “my body, my choice” argument to be a false one, in that the child in a mother’s womb has separate DNA from the mom.

It’s incredible, and since abortion was legalized in America, science has only shown more and more the baby is not just a “clump of cells,” but the individual can feel pain and has a heartbeat and fingernails and more.

I’m a conservative but it’s my dream that everyone across the political spectrum recognizes and champions the cause of life. Every person deserves the gift of life. This year’s March for Life theme is “Equality Begins in the Womb.”

It doesn’t matter your skin color, what religion you choose in the future, your sexuality, or any other choices you make — every life should given their right to live.

Notice how pro-abortion radicals are quiet about the horrors of abortion: Beyond the obvious death of the child before birth, abortion is used in sex trafficking and abusive relationships, it causes trauma for a mother and father. Children are aborted for being the wrong gender and various other horrific reasons.

We have the resources in America and around the world to end abortion, even in cases of rape and incest because the child should not be punished for the crimes of their father.

I empathize with women and girls who have had abortions and support it. I cannot imagine what pregnancy is like, especially if it is unwanted — but I’ve heard so many testimonies from mothers who’ve had a baby from traumatic circumstances and they are grateful they gave the gift of life.

I’m pro-life because life is worth living — for everyone. It’s a God-given right and our laws should reflect that.