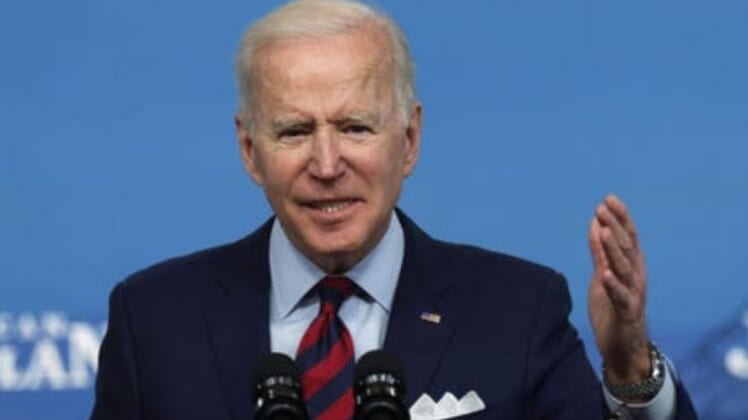 Paul Krugman declared in a recent New York Times column that Republicans are threatening “America’s democratic experiment.” He followed up that declaration with a series of nonsensical scenarios not worth repeating.

What is worth repeating is Krugman’s assertion that the “Biden team” includes nearly every “genuine expert on tax policy, labor markets, etc.,” a welcome contrast apparently to the Trump administration, which relied on the advice of “politically reliable cranks.”

You know, the kind of cranks who helped President Trump deliver record-low unemployment for Black and Hispanic Americans and the fastest-growing wages in decades, with near-zero inflation.

Krugman’s faith in experts – at a time when Dr. Anthony Fauci epitomizes for millions the fallibility of “experts” – is touching. It is also misguided.

In just four months, the Biden economic wizards have made several major economic mistakes, some of which were contained in the American Rescue Plan (ARP).

First, there’s that pesky $300 per week supplemental unemployment insurance that is most definitely making it harder for small businesses to hire back staff and limiting job growth. That the Biden team insisted on including an extension of those payments in the ARP was an early indication that they are ignorant of how real-life businesses function.

Next up is the ARP itself, and subsequent proposals to spend another $4 trillion. The White House’s $1.9 trillion stimulus bill that passed in March was too big and too inflationary; talk of trillions more on the way alarmed the public even as prices on everything from soft drinks to diapers began to rise.

Growth during the first quarter, when the bill was crafted, approached 6.5 percent; after-tax personal income rose 13 percent. Spending was primed to soar; last year consumer net worth rose 10 percent, to $130 trillion, thanks to rising stock and home prices, and Americans held an estimated $2 trillion of excess savings.

Though there were still millions of people unemployed, it was clear that thanks to vaccines, businesses reopening and past giant stimulus bills, the economy would boom, and job creation would follow. Dropping $1.9 trillion of extra stimulus into the mix was excessive and has contributed to surging inflation, which is even now souring consumer optimism and possibly dulling the vibrant snap-back.

The third major economic goof of Biden’s first four months in office – also related to the ARP – was highlighted recently in Krugman’s own paper with the headline: “New Worry Over State Revenues: They’re Soaring.”

Rising state incomes should not be a negative, unless you’ve just sent an unnecessary $350 billion in taxpayer dollars to those swollen state coffers, which is what Biden and his trusty experts did in the ARP.

The $350 billion, dubbed “emergency funds” by the media, was allocated based on the number of people unemployed in cities and states during the final quarter of 2020. Republican mayors and governors managed their virus-stricken cities and states better than Democrats; lockdowns were less severe and the local economies less damaged.

As a result, New York State, for instance, stood to receive $22 billion, while Florida was projected to receive $8.8 billion, even though Florida’s population of 21.5 million tops New York’s 19.5 million. The reason? Florida’s unemployment rate at the end of last year was 6.1 percent, way below New York’s 8.2 percent. For that failure, New York was rewarded by Joe Biden.

The Biden team set hard limits on how local authorities could spend the funds, suggesting that even as they wrote and passed the bill, they knew the funds might not be needed. Most absurd, the monies could not be used to cut taxes, which prompted a lawsuit from the attorney general of Ohio.

The money can be spent indirectly pumping up Democrat-friendly union memberships. Approved uses include spending on public health (to the benefit of the SEIU) and offsetting a reduction of public sector workers (nearly all of whom belong to public employee unions and vote Democratic).

Keep in mind, these funds are in addition to the $130 billion allocated to schools. The teachers’ unions are already taken care of.

In February, JP Morgan Chase published a piece showing that states were not as badly hit by the virus lockdowns as expected. The analysis found a revenue shortfall of only 0.12 percent across 47 states in last year’s first nine months. Nearly half the states saw income actually increase.

The Biden team knew the funds were excessive, but they went ahead, citing the desire to avoid the mistake made during the Obama years of not beefing up local budgets. They are fighting the last war; it was not inadequate spending that slowed the Obama-Biden recovery, it was disruptive regulation, a path which Biden appears bound to follow.

Finally, Biden could not resist kowtowing to the progressives in his party by proposing massive tax increases on corporations and high-earning individuals. His plan immediately alarmed small business owners and CEOs of large firms, which filters down to fewer hires and less investing. It also spurred even more residents of high tax states like New York and New Jersey to consider moving to Florida or other more welcoming locales.

Despite Biden’s promise to limit taxes to people making over $200,000, a recent Harvard CAPS-Harris poll shows that even though voters approve of making the wealthy pay more, 64 percent thought that “raising taxes could cost the economy jobs and growth” and that 60 percent oppose hiking taxes on capital gains.

The Biden team is fortunate to have inherited an economy primed to grow rapidly and to create jobs. All they have to do is keep their hands off. That will doubtless prove the biggest challenge of all.