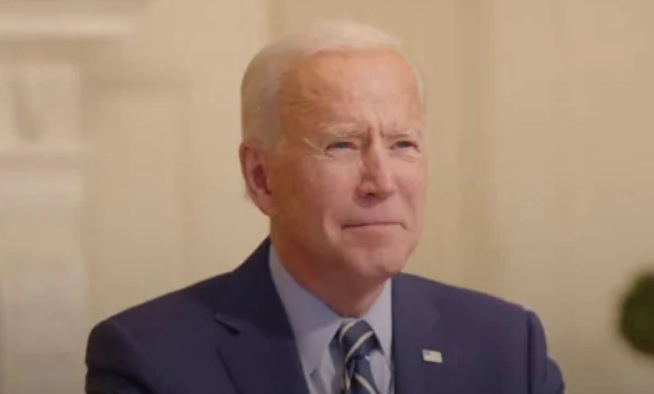 Don’t look now, but the Joe Biden progressive juggernaut is grinding to a halt. Thank heavens.

All it took was typical Democrat overreach – pack the court! DC statehood! Ditch the filibuster! $6 trillion in new spending! – and a healthy surge in inflation to sink Biden’s ambitions to become the next FDR. Poor Joe, he won’t get to transform the nation after all.

Consider the latest victim of Biden’s declining political fortunes: the American Jobs Act. Despite the first lady and the vice president and the second gentleman (and even occasionally the president himself) scurrying from coast to coast to defend the grotesque $2.3 trillion Democrat slush fund and its associated gargantuan tax hikes, it is clearly going nowhere.

Hence, the White House’s proposal to whittle down the bill to a mere $1.7 trillion. Note that the revised plan actually cuts the amount of money targeting real infrastructure – bridges and roads – to $120 billion from $159 billion (less than 10% of the total), while protecting vast amounts of money for pet environmental projects and $400 billion for expanded care for elders, which is a direct payoff to the SEIU.

No wonder the GOP rebuffed Biden’s new plan, instead recommending a $568 billion package that would improve our nation’s mass transit systems, broadband, airports and rail systems; that is, our actual infrastructure.

Why has the White House backed down? Because they know the original bill had exactly zero chance of passing an increasingly wary House and Senate and because, by appearing to negotiate, they hope to put Republicans on the defensive.

But sentiment has begun to turn against Biden’s wild spending spree. Americans may not have tuned into the specifics of the so-called “Jobs” bill, but they have tuned into the rising cost of living. Moreover, they are connecting the dots between soaring lumber, chicken and diaper prices and Biden’s outsized government spending and the Fed’s ultra-loose monetary policy.

As we approach the midterm elections, Republicans will weaponize inflation. House Democrats in swing districts will be tarred as “tax and spend liberals” and will be pressed to defend expensive policies that are losing steam.

Polling indicates the GOP’s charges will likely stick. A recent Harvard CAPS-Harris survey shows that while nearly 65% of Americans favor significant new spending on health care, child care and other social welfare programs, a bigger 68% said such spending should be funded out of existing budgets. Less than one-third said they would support increasing the national deficit by $2 trillion to pay for such proposals.

The lengthy survey hoists plenty of red flags for Democrats. For instance, while taxing the wealthy is always popular, 64% of those polled thinks that hiking taxes “will cost the economy jobs and growth” and a majority expect (rightly) the impact will go beyond hurting the well-off. Some 60% disagree with raising taxes on capital gains and 64% oppose higher taxes on gasoline or fossil fuels.

Astonishingly, a plurality chose no infrastructure bill over ones with a high price tag; only 10% of respondents thought we should spend over $2 trillion. And 65% would approve a bill only if it earned bipartisan support.

The survey of nearly 2,000 registered voters is reassuring, in that it also shows us to still be a common sense, centrist nation. Just because noisy progressives like Rep. Alexandria Ocasio-Cortes, D-N.Y., or Sen. Warren, D-Mass., have grabbed the microphone and have bullied Joe Biden and Senate Majority Leader Chuck Schumer, D-N.Y., and many other Democrats into going along with their extreme agenda does not mean they have the public on their side.

For instance, even after the liberal establishment excoriated Georgia’s voting law and other GOP-backed measures meant to prevent fraud, 87% of the country thinks we should have voter IDs. Imagine that.

When asked about the surge of illegal immigrants at the border, 80% said it was a crisis that needed fixing right away. Some 65% pinned the blame on Biden for the rise in illegal immigration and 77% thought either the president or the vice president should visit the southern border.

Other questions showed sizeable majorities of the nation oppose Democrats’ plan to pack the Supreme Court and in favor of keeping the filibuster. In addition, when asked, “Do you think America is about achieving equal opportunity for everyone or providing equity to racial groups to make up for past discrimination?” a resounding 72% answered that the U.S. is about ensuring equal opportunity.

It is important to review these positions, because if you only listen to the liberal media, you might think our nation is 100% aboard Joe Biden’s progressive program. You might think that Republicans blocking his agenda are “Neanderthals,” as the president might say. You would be wrong.

Keep in mind the Harris poll gave the president high approval numbers; this is not a secret survey of conservative Republicans. It is, instead, a healthy reminder that our nation is not given to sudden ideological lurches.

A quite recent NPR-NORC Center poll of over 1,800 adults confirms our nation’s centrist character. Asked to describe their political leanings, 23% called themselves liberal (and only 10% “very liberal”), 49% said they were moderates, and 26% claimed to be conservatives. If you are resisting jumping on the progressive bandwagon, you are in good company.

The New York Times and Washington Post, CNN and NBC and all the other liberal media outlets work hand in glove today with Facebook, Twitter and other social media platforms to bend public opinion. They distort the facts and ignore countervailing arguments. Hollywood is in on the act, too, churning out not-so-subtle “messaged” programming about racist cops and villainous corporate titans. Their push is insistent and hard to resist.

The good news is: a great many Americans do resist their propaganda, and are confident they know what is best for our country. They will turn out in 2022. You can count on it.