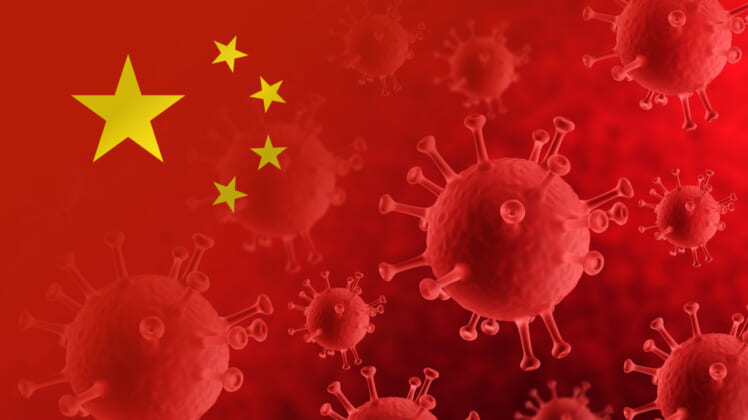 Reports are circulating that a high-ranking defector with “direct knowledge of special weapons programs in China, including bioweapons programs” such as were taking place at the Wuhan Institute of Virology (WIV), has been briefing our Defense Intelligence Agency.

This person has allegedly suggested that Chinese scientists are trying to create coronavirus variants that would substantiate their claim that COVID-19 jumped from bats to people and did not emerge from the WIV.

If the reporting is true, we may finally nail down the origins of the Wuhan virus.

People across the globe want to know where COVID-19 came from not, they claim, in order to punish China, but because we must make sure such a catastrophe never happens again.

Some disagree. Yes, we want to avoid a repeat of a terrible pandemic, but we should also aim to make China’s government pay for the unholy misery they unleashed upon the world. We should hold the Chinese Communist Party responsible for the 3.7 million who died and the economic hardship suffered by tens of millions more.

The leaders of the free world should not hide behind uncertainty over the pandemic’s origins. Because whatever the source, China destroyed evidence, lied about the contagious and deadly nature of the virus and allowed it to travel the globe. Their acts were criminal and purposeful.

Analysts and pundits who dismissed the lab-escape theory (because, you know, President Trump backed that possibility and it was racist) are now taking a second look at the WIV, where the Chinese government and its military were conducting research on coronaviruses just like COVID-19. And where, over the years, numerous scientists criticized the lab for insufficient safety protocols.

Among the people who have not thoroughly examined what went on in that lab are the investigators organized by the World Health Organization and hand-picked by the Communist Party, who traveled to Wuhan earlier this year, spent two weeks in quarantine, and a grand total of three hours at the research facility. They learned little because the critical people and records were not made available to them. The report they issued was pure propaganda.

The lab engaged in relevant gain-of-function research and boasted possession of 1,500 strains of coronaviruses, a claim deleted after COVID-19 broke out. That was just the beginning of the cover-up.

Here are a few data points that contradict the official Chinese narrative that the virus showed up in December 2019 and that it was only in January 2020 that officials became aware that the disease was highly contagious:

*A study by Harvard Medical School of satellite images taken of hospital parking lots in Wuhan and of internet search trends suggests the virus outbreak may have occurred as early as August 2019.

*WHO investigators report that in October 2019, 92 people were hospitalized in Hubei Province with COVID-like symptoms.

*In November 2019, two workers at the WIV were hospitalized with what appears to have been a coronavirus.

*Zhou Yusen, a highly regarded military scientist for the People’s Liberation Army who collaborated with the WIV, submitted a patent for a COVID-19 vaccine on Feb. 24 2020, a mere five weeks after Chinese officials identified the virus and admitted it was contagious. The timing suggests the authorities understood COVID’s threat much earlier. Zhou died in May 2020 under mysterious circumstances.

And for the cover-up:

*According to an article in The Lancet: “On Dec 30, 2019, Li Wenliang (an ophthalmologist) sent a message to a group of fellow doctors warning them about a possible outbreak of an illness that resembled severe acute respiratory syndrome (SARS) in Wuhan, Hubei province, China, where he worked. Meant to be a private message, he encouraged them to protect themselves from infection. Days later, he was summoned to the Public Security Bureau in Wuhan and made to sign a statement in which he was accused of making false statements that disturbed the public order.” Shortly thereafter, Li died of COVID-19. Before dying he told the New York Times, “If the officials had disclosed information about the epidemic earlier I think it would have been a lot better… “

*The BBC on Jan. 3, 2020 reported: “Wuhan police said eight people had been punished for “publishing or forwarding false information on the internet without verification” after chatter about the mystery virus emerged on social media.

*A Caixin Global investigation report: “Test results from multiple labs in December suggested that there was an outbreak of a highly infectious virus… On Jan. 1,2020, an employee of one genomics company received a phone call from an official at the Hubei Provincial Health Commission, ordering the company to stop testing samples from Wuhan related to the new disease and destroy all existing samples.”

The cover-up of the source of the disease and its rapid human-to-human transmission continued until late January, by which time millions of people had traveled in and out of Wuhan for the Lunar New Year festivities and the virus had reached the U.S. as well as numerous countries in Asia and Europe.

How can the United States lead the world in holding China accountable for COVID’s devastation?

First, by revoking the permanent normal trading status that Washington has had with Beijing since 2000, as GOP Sens. Tom Cotton, R-Ark., Jim Inhofe, R-Okla., and Rick Scott, R-Fla., have proposed in the “China Trade Relations Act.”

Second, by investing in military technology that will keep America ahead of our greatest rival and threat – an ambition that does not appear to be a priority for the Biden administration.

Other nations could join the U.S. by isolating China diplomatically, imposing meaningful sanctions and taking a harder line against China’s ongoing theft of intellectual property, cyberattacks and human rights abuses.

Confronting China could require sacrifice but will only become more difficult over time. If leaders of the free world turn a blind eye to Beijing’s complicity in the destruction caused by COVID-19, when will they take a stand?

LISTEN TO LIZ PEEK ON THE TODDCAST PODCAST BELOW: