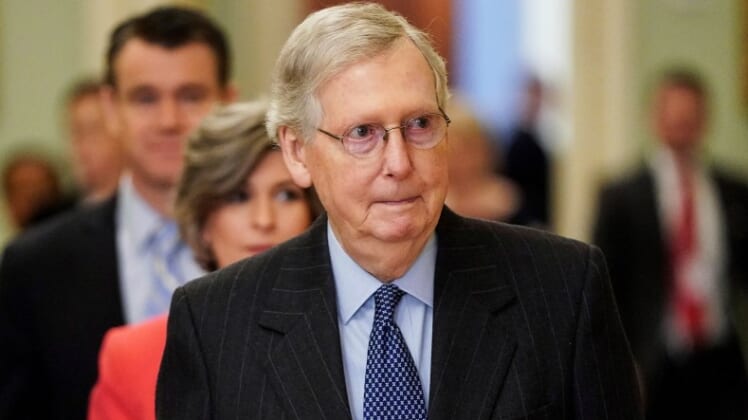 The following is a transcript of Todd’s morning radio commentary – heard on hundreds of radio stations around the nation.

There’s no polite way to say this, folks – but the Establishment wing of the Republican Party has betrayed the American people.

Mitch McConnell and the Never Trumpers rolled over and let the Democrats steal the 2020 presidential election as well as the Georgia Senate races.

They were more than willing to sacrifice their leadership positions provided it led to the destruction of the Make America Great Again movement.

And the reality is – McConnell and Georgia Governor Brian Kemp and the Swamp – won the day.

But we can’t do that.

Our country needs brave-hearted patriots who are willing to defend freedom. We are about to go through a very bad season in American history. And we have to lead others out of this political darkness that is descending upon our nation.

Just remember. No matter how difficult or dark the coming days may be – just remember that God is still in control.

So let not your heart be troubled, America.