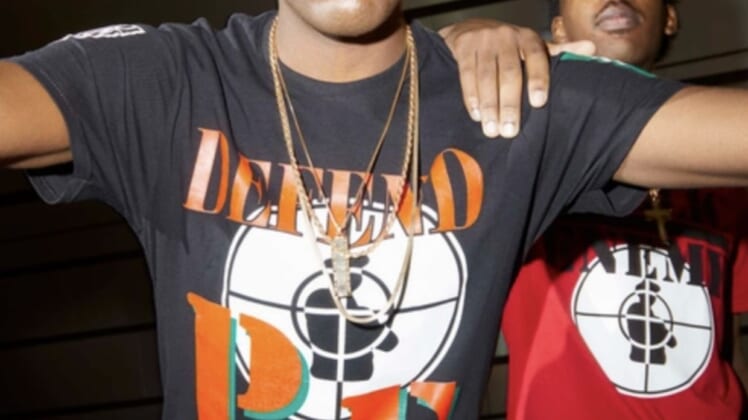 The following is a transcript of Todd’s morning commentary, heard daily on hundreds of radio stations. Click here to sign up for Todd’s free newsletter – and avoid Big Tech censorship!

One of my listeners sent me a photo from Rue 21’s website — It’s from their Public Enemy clothing line. One of the shirts features the words Public Enemy along with a target. In the crosshairs is an image of a police officer.

The message is not exactly subtle.

Rue 21 seems to believe that police officers should be hunted down because they are the enemy of black people.

I’ve joined AMAC – an incredible organization for Conservatives – fighting for our values in Washington, D.C. Click here to read more about AMAC!

Rue 21 is a national retailer that appeals to younger Americans.

Their stores have also been frequently targeted by robbers and thieves. And there have been a number of shootings outside their stores.

Seems to me Rue 21 should be selling t-shirts and clothing lines that honor the police — and thanking them for keeping their employees safe.

That being said Rue 21 may very well rue the day when they decided to declare war on those who protect and serve.