STARNES: Biden Has Already Thrown in the Towel — Mentally 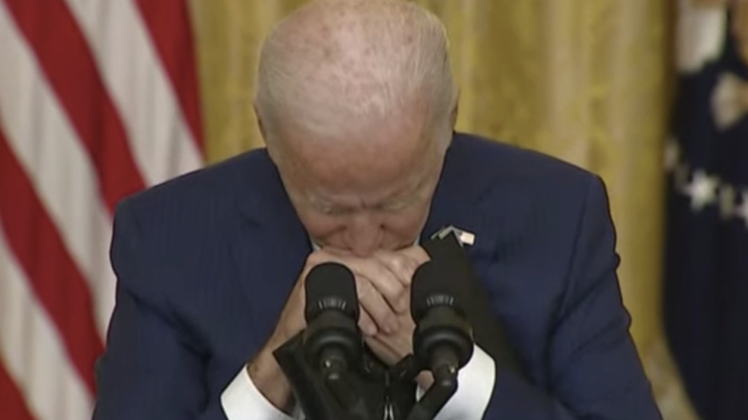 Hello Americans. I’m Todd Starnes. Stand by for news and commentary next.

There was a moment during Thursday’s press conference that seemed to sum up the brief and disastrous presidency of Joe Biden.

Fox News Channel’s Peter Doocy was pressing him on a question when the president dropped his head into his hands and stared at the podium.

It was both disturbing and sad. And defining.

CLICK HERE TO READ TODD’S BOOK ON HOW THE DEMOCRATS PLAN TO STAGE A SOCIALIST TAKEOVER OF THE NATION — AND HOW YOU CAN STOP IT!

President Biden has lost control of the White House. And it’s not exactly clear who is running the show.

At one point during the press conference he announced that he had been instructed to call upon certain reporters.  Someone is literally deciding who he can and cannot take questions from.

The leader of the free world is apparently not free.

At times he was incoherent – mumbling and stumbling through remarks. He used his dead son to gain sympathy – comparing the loss to the 13 military personnel who were blown up in Kabul.

They say a picture is worth a thousands words. But just one describes President Biden — resigned.