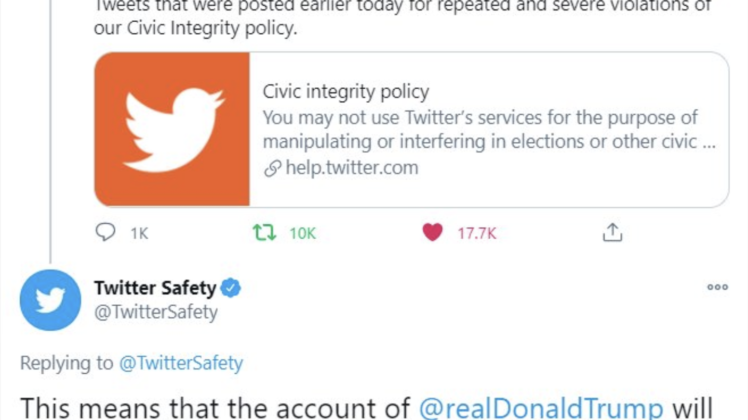 Twitter announced it had removed several of President Trump’s tweets and locked his account as a result of the unrest at the U.S. Capitol.

“As a result of the unprecedented and ongoing violent situation in Washington, D.C., we have required the removal of three @realDonaldTrump Tweets that were posted earlier today for repeated and severe violations of our Civic Integrity policy,” Twitter wrote.

“This means that the account of @realDonaldTrump will be locked for 12 hours following the removal of these Tweets. If the Tweets are not removed, the account will remain locked.” they continued.

Twitter warned that future violations of their rules and regulations will result in the permanent suspension of the president’s account.