Franklin Graham Weighs In on 2024, Trump, and Other Possible Candidates 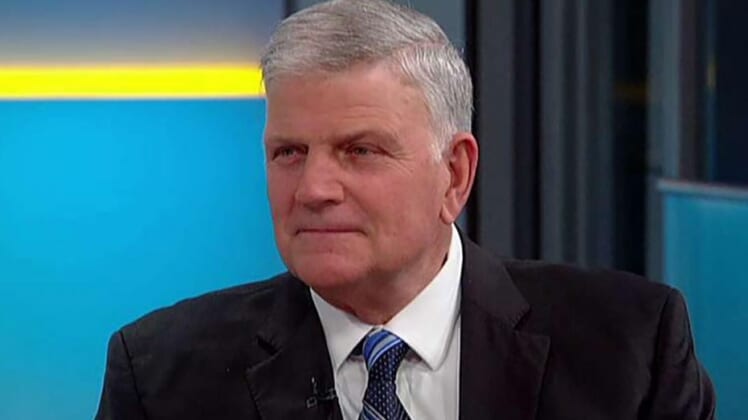 Evangelist Franklin Graham told the Todd Starnes Radio Show Thursday former President Trump has the support for 2024 but listed off others who could carry on his policies.

The CEO of Samaritan’s Purse wondered if the 74-year-old Republican kingmaker will throw his hat in the ring, given his age and the current climate.

“So we just have to thank him and give God the glory. I just thank God for the last four years, the opportunities we’ve had as a nation, and the great things the president did for our country. We just need to thank God for that and if God gives us another four years with him in the future, amen. It comes down to God.”

Asked if anyone could carry on the policies of Trump, Graham mentioned former Vice President Mike Pence and former Secretary of State Mike Pompeo.

“I think Vice President Mike Pence was an incredible person and I love Mike and his wife, Karen. He’s certainly, would be an incredible president if he got that opportunity,” he said.

“Mike Pompeo, another incredible person, another man of God. He served our nation well. He was in the military. Graduated first in his class at West Point, then went to Harvard, was first in his class. Was a congressmen, then CIA director, then, of course, in charge of Secretary of State,” he said.

LISTEN TO THE FULL INTERVIEW BEGINNING AT 39:05 ON THE PODCAST: