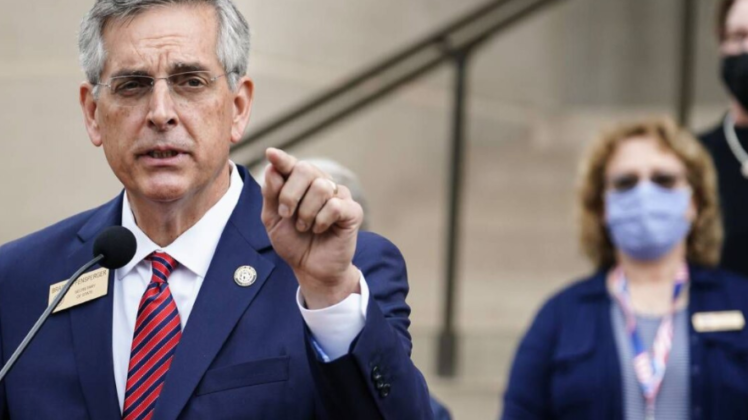 A second Georgia county has just announced finding votes that were not counted on Election Day.

The Georgia Secretary of State’s Office says Fayette County found missing votes during their audit of the ballots in the presidential race, television station WSB reported.

During the hand recount, Fayette County uncovered 2,755 votes that were not included in the initial count. Secretary of State official Gabriel Sterling said those ballots were scanned onto a card, but those votes were never uploaded into the initial count. He says there were several backups designed to catch this issue and that it falls to the workers who didn’t follow procedure.

More uncounted votes discovered during the hand count in Fayette County, mostly for @realDonaldTrump. Apparently a memory card was not uploaded. Unclear whether this is the same type of error discovered yesterday in Floyd County or a new one.

Of the votes that are now being added to the total, 1,577 were for Trump, 1,128 for Biden and the rest were for Jorgenson or write-ins. That changes the margin in the state by under 500 votes. Biden now leads Trump by 12,929 votes, WSB reported.

Georgia says another county has found missing votes during their audit of the ballots.

Fayette County uncovered 2,755 votes that were not included in the initial count.

Fayette is the second county to report an issue with missing votes.https://t.co/oizmGq0wDo