AMBUSH: Did the DNC Supply the Audience for ABC’s Trump Town Hall? 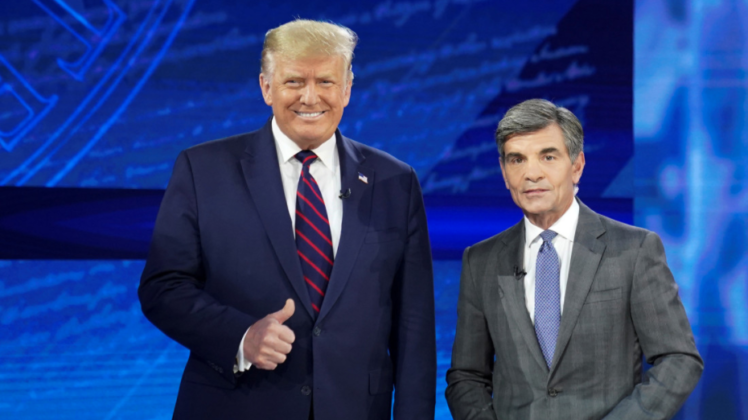 It was an ambush. That’s what lots of folks are saying about ABC’s Town Hall featuring President Trump.

Most of the questions from the so-called undecided voters were clearly from voters who had already made up their minds.

Leaving some to wonder if the Democratic National Committee had a hand in picking the audience.

Like the lady who told President Trump not interrupt when he tried to answer or question.

Or the guy who accused the president of being tone deaf when it came to the black community.

“When has America been great for African Americans in the ghetto of America? Are you aware of how tone deaf that comes off the African American community,” the man asked.

Or the lady who wanted to know why the president won’t wear a face mask. Or the so-called conservative who accused the president of throwing sick people under the bus.

“I thought you were doing a good job with the pandemic response until about May 1st,” the lady told the president. “Then you took your foot off the gas pedal. Why did you throw vulnerable people like me under the bus?”

An interrogator from Pittsburgh basically accused the president of putting minorities in danger.

“Why would you downplay a pandemic that is known to disproportionately harm low-income families and minority communities,” she asked the president.

Not exactly fair and balanced. Regardless – the president held his own and against a very hostile audience and host.

The only thing missing from last night’s town hall was a non-gender binary Antifa atheist who  claimed to be a undecided voter.