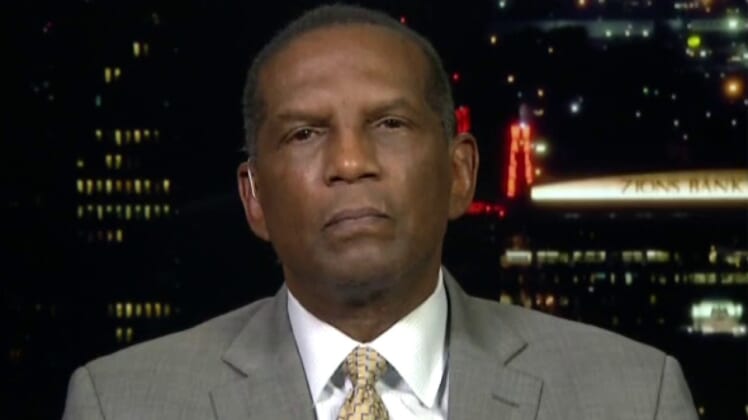 “We’re now being invaded. That should be our number one topic and discussion,” Owens, who called in from Texas, told host Todd Starnes.

As the border crisis worsens, the Biden administration is starting to get backlash for not addressing the invasion at the border and human trafficking.

President Biden nor Harris have made a comment on the increasing number of people at the United States border. According to the New York Post, criminal cartels are trafficking families, women, children and single adults over the southern border and have earned as much as $14 million a day.

“These children coming through are going to be dealing with this tarnish on their life forever,” said Owens. “What’s interesting as unaccompanied kids are coming through, literally within hours, are being processed. They’re flown or bussed across our country and all they need to have is a number or an address. That’s the vetting process.”

Owens said that the politicians don’t care about the people that are being used and abused to get into the country and the government is now “facilitating human trafficking.”

Todd Starnes called out the hypocrisy with how the government has handled the border crisis in the midst of COVID.

“With this so-called China virus pandemic, are you seeing any sorts of precautions being taken to make sure these illegals are being given healthcare, being tested? asked Host Todd Starnes. “Are they social distanced? Are they wearing the face masks like all the rest of us have to?”

“No, they’re not,” responded Owens. “And we have these pods by the way. The same pods that Obama put together-the same framework. 32 kids should be in one pod and they have 500 kids. When they come through, they’re being processed and they’re not social distanced.”

Owens said what was happening now is purposeful and does not expect to see the vice president or president down at the border any time soon.